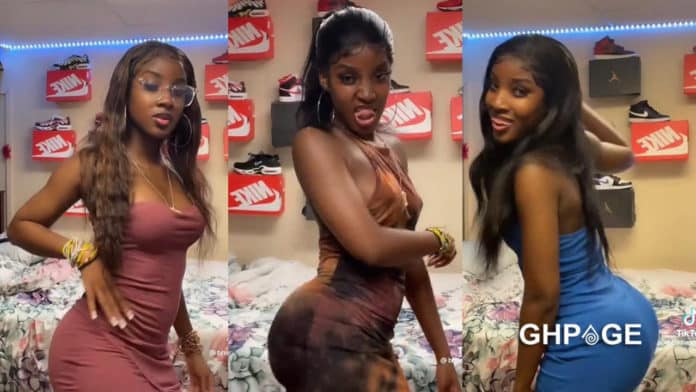 Popular TikTok sensation, Bhadie Kelly has broken her silence following an explicit video of a lady alleged to be her in an intimate activity with a man.

Although the lady being pounded in the leaked tape shares a striking resemblance with Kelly, her identity cannot be accurately confirm to be the US-based Togolese.

This has left many of her fans divided as some think it could be Kelly, while others assert that it’s probably a different person in the video.

Kelly has however denied the allegation and urged her followers and admirers not to give credence to the alleged sex tape linked to her.

In post on social media she wrote: “Listen to the sextape video circulating, it’s not me”

Kelly found fame after videos of her displaying her twerking skills and unique flirtatious facial expressions on TikTok went viral.

Her admirers, most predominantly men, had been drooling over her body and hyping her dancing moves that showed off the perceived softness of her bum.

Meanwhile, some women did not like the attention Kelly received from the men. They believe there’s nothing special about her for her to attract such monumental attention from men.