Its time for me to focus on positive things – Nadia Buari 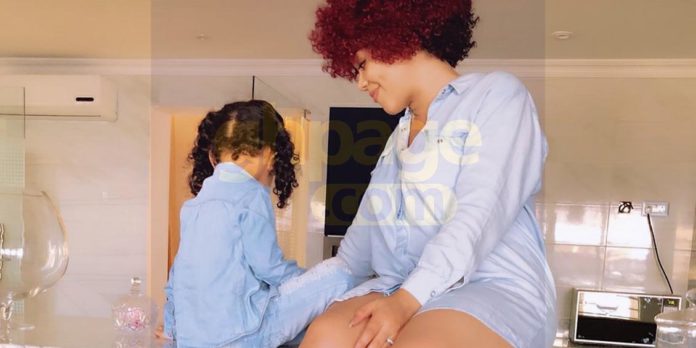 Ghanaian actress Nadia Buari has stated that she has gotten to her apex point where she doesn’t care about what her colleagues in the industry and the media think and says about her anymore.

According to the mother of twins, it is now time to focus on the positive things than still continue to hurt herself by thinking about some comments made by people in the entertainment industry about her.

Also Read: Is Nadia Buari mocking Princess Shyngle once again on IG with her post?

The “Imogen Brown” actress made this declaration on her Instagram in a post that sort to advise her followers on staying positive and not pay attention to bad comments.

“From an early age, we work to get approval, whether it was proving to our parents that we could ride a bike without training wheels, or taking our first step—caring what other people think seems evitable.

Through the years it can become a problem for us, as it can cripple us emotionally and spiritually. We need to get to the point where we don’t care what the media says, how colleagues feel about us, or live in state of constant fear or agony of what others think. The other person is not going to worry about it, or stay awake at night upset that you’re offended. U can’t be responsible for other people’s words, actions, or decisions as hurtful as they can be. We all want to be congratulated for a job well-done from even acquaintances, but what happens when they don’t, or you are not acknowledged in some way.

Yes, it’s painful, but now it’s time to regroup, refocus, and rise above petty people, things, sin, and caring what others think of you. They don’t know your back story, but God does.
Worrying about what others think is human, but when it’s to a point where our joy is being choked, then we need to become proactive, not reactive. Take people out of your courtroom of justice, and offer them to God, and also humble yourself. It’s simply not worth it for your health, or hindering your walk–period!”.

SEE MORE: Nadia Buari makes a post on IG stating she is not fake but critics say she is jabbing Princess Shyngle