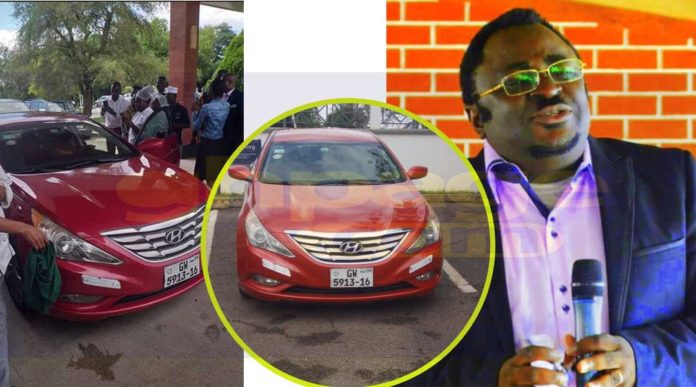 A staff of Kumasi branch of Golden Tulip Hotel identified as Rosina Sowah has gotten the shock of her life after a Togolese pastor dashed her a 2016 registered Hyundai Sonata and GH¢10,000 worth of fuel from GOIL for a year.

According to reports sighted, the gift was as a result of her kindness towards her clients at the expense of her job whiles her supervisor was rather acting all rube towards guests who have lodged at the Hotel.

The Pastor known as Melchizedek Maranatha Mashia’h throwing more lights on the whole scenario disclosed that he had arrived in Kumasi to attend to some official business and decided to lodge at the hotel where he paid $150 for a night stay.

After been taken to his room, a place he described as a very dirty “rat hole” without any form of sheets and with dust all over the place, which made him think the room allocation was a mistake as the room was not fit for human living, talk of a human paying 150 dollars per night to sleep.

He complained to the male receptionist about the condition of the room who refused to change the room for him and later asked him to pack out if he feels he can’t stay in the room.

The Togolese pastor who was very shocked asked to speak to the senior management of the hotel but his plea fell on deaf ears as all his complaints were to no avail. It was during that period that Rosina Sowah arrived and overheard him complaining.

Also Read: Obinim Narrates his experience when Jesus introduced him to Adam & Eve

She used her own means to get his room changed for him to the best available while apologizing for the nightmare, and later management taking action on the matter.

On why he decided to gift her the car, Pastor Melchizedek Maranatha Mashia’h stated that he wanted to send a message across that people need to treat each other with kindness since they might not know who they are dealing with. 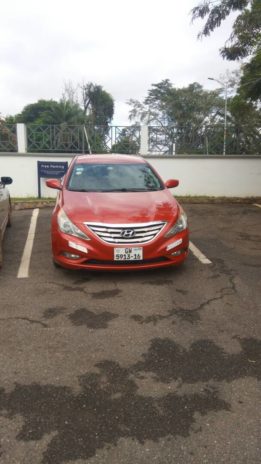 It was revealed that when he first asked waitress Rosina Sowah what she wanted God to do for her, she said she wanted twins but the Pastor asked for something he can readily make available to her by God’s grace, she said “car”.

She got a red Hyundai Sonata. 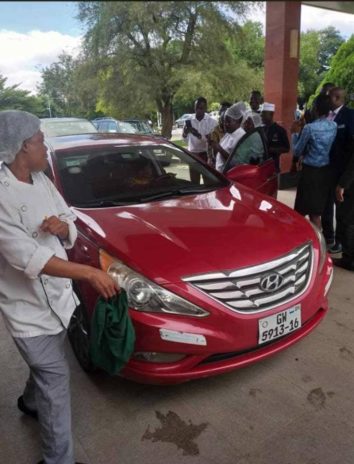