I’m a tomboy not a lesbian – Bhim Nation’s O.V reveals 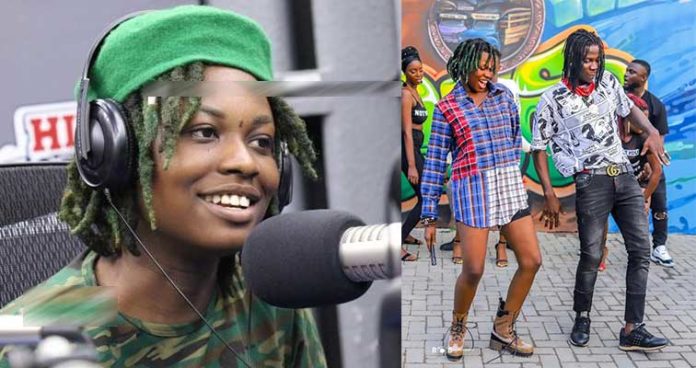 In an interview with Andy Dosty on Hitz FM today, the ‘Akoto’ hitmaker noted that she is a tomboy who rolls with female friends who are equally not into such acts.

Explaining why she’s always tagged as a lezbian, OV explained that it was her late brother who thaught her tomboy lifestyle but unfortunately he kicked the bucket prior to the climax of the 2018 MTN Hitmaker show.

“People criticize my looks. They say I am a lesbian, tomboy or someway but I know I am a tomboy. I’m not trying to look like it. I was very close to my late brother and he taught me everything. He taught me how to fold shirts and all that.”

“Lesbians don’t contact me. I don’t deal with them and I don’t consider becoming one. I have friends who are girls and I have a boyfriend,” she told Andy Dosty.

Read also: Stonebwoy explains why he hasn’t paid the producer of ‘Mane Me’ beat

OV says she loves to be a tomboy and wouldn’t allow criticisms to get to her because “people learn to accept new things,” she explained.
\