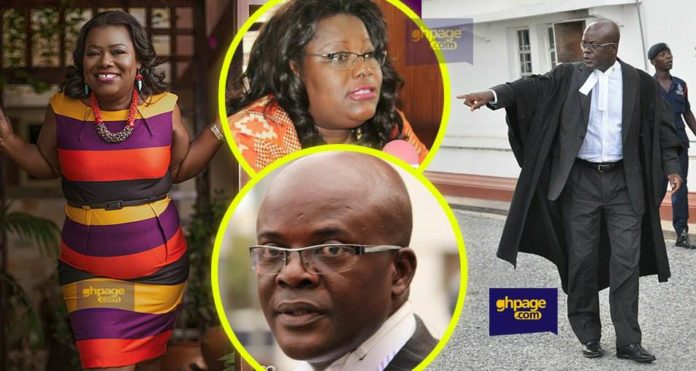 Ghpage.com has been following the Tony Lithur and his wife, Nana Oye Lithur divorce issues and we have been updating you when necessary. We have a new update.

If you are new to the story, let me brief you a little. Tony Lithur, the renowned NDC lawyer who led NDC to victory during the 2012 Election petition is married to the former minister for Gender, Children, and Social Protection under the John Mahama administration.

SEE HERE: LAWYER TONY LITHUR FILES FOR DIVORCE AGAINST HIS WIFE, NDC’S NANA OYE LITHUR – THIS IS ALL YOU NEED TO KNOW

They have been married for the past 27 years. According to the records, the couple who are both lawyers had their customary marriage ceremony on April 14, 1991. They followed up with Ordinance Marriage on January 16, 1997, at the Christ the King Catholic Church in Accra.

Tony Lithur has filed a petition with the High Court (Divorce And Matrimonial Division), alleging that the wife is a woman with “Violent and Cruel traits” among others. He also accused her of not only neglecting her duties as a wife but also she sleeps around with different men.

SEE ALSO: Tony Lithur And Wife, Nana Oye Lithur Divorce: Husband Claims Wife Beats Him, Sleeps Around With Different Men And She Is Very Disrespectful To Him [Here Are The Details]

He is, therefore, asking the court to annul their marriage and award all properties to him because Nana Oye Lithur did not contribute in any way to acquiring any of his properties.

Well, reading through the documents filed at the High Court by the lawyers of Tony Lithur, he has mentioned the names of two men who are having an affair with his wife.

According to Lawyer Tony Lithur, One of the men having an affair with his wife is called Samuel Cudjoe and he calls his wife odd hours for conversations they hardly allow him to hear.

But he overheard Samuel Cudjoe declaring his undying love for his wife and the wife was also edging him on with excitement. He confronted the wife who denied the affair but admitted she has been talking to Samuel Cudjoe.

He further revealed that it got so worse that the wife of Samuel Cudjoe came to him to tell him to warn his wife, Nana Oye Lithur to stop the sexual affair she is having with her husband.

Tony Lithur named another man having affair with his wife as James Yankah. According to him, James Yankah is the childhood sweetheart of Nana Oye Lithur and they reconnected when he returned home from England.

The astounding lawyer explained that he chanced upon some text messages exchanged between Nana Oye Lithur and James Yankah that prove that they have been exchanging communication for a while now and indeed there is an affair going on. The petition partly wrote:

“very endearing text messages between the two of them (Madam Nana Oye Lithur and James Yankah) that were quite unsettling,” 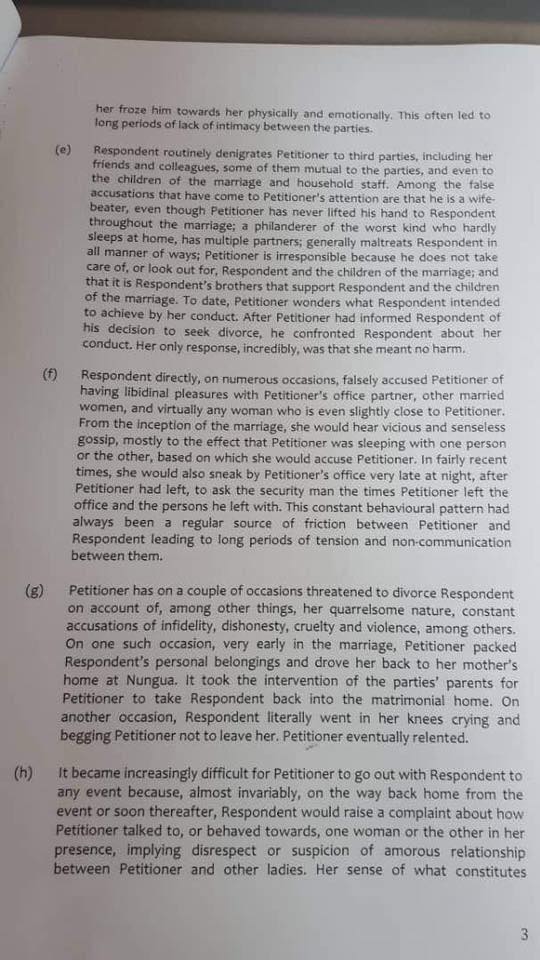