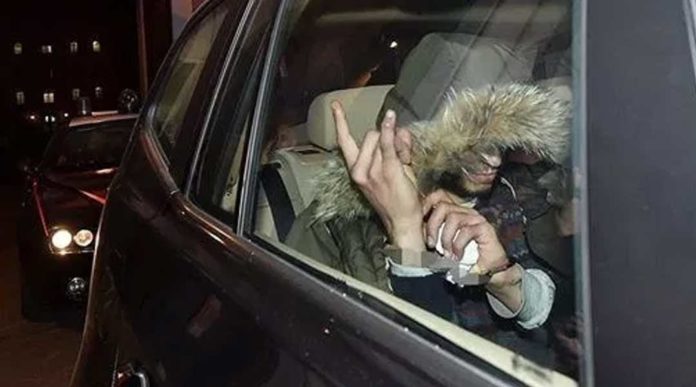 A suspect who is facing charges of murder stunned the court when he confessed to killing his victim because he was so happy and he couldn’t understand why.

The suspect, Said Machaouat, a 27-year-old Italian with Moroccan roots, turned himself in at the weekend.

Confessing to the court why he killed the victim identified as Stefano Leo, the suspect said;

“I chose to kill that young man because he looked happy. And I couldn’t stand his happiness,”.

Machaouat, pictured above, was quoted as telling prosecutors Ciro Santoriello and Enzo Bucarelli that “I wanted to kill a lad like me, to take away all his prospects, his children, his friends and relatives”.

The suspect, who showed investigators to where a kitchen knife that is thought to have been the murder weapon was, said he was depressed after splitting up with his ex wife.

“The worst thing was knowing that my four-year-old boy was calling a friend of my ex partner daddy,” Machaouat was quoted as saying.