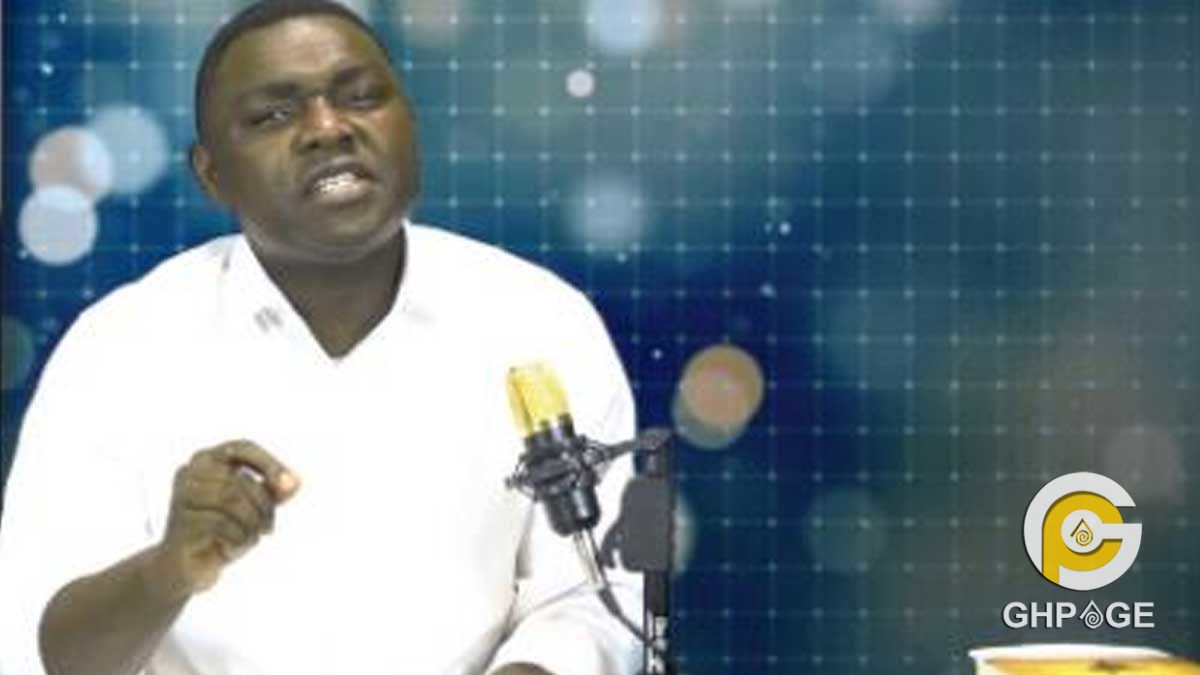 Host of “With All Due Respect – Loud Silence Media” Kelvin Ekow Taylor has named his top ten Ghanaian hypocrites who are scared to say the truth even though they are aware of what is happening.

According to Kelvin Taylor, he is a registered member of the ruling government the NPP but he always comes out to name the wrongdoings that his party does and believes that should be the duty of every Ghanaian but in the case of the ten people he listed, the case is different.

The loudmouth host list comprises of people from all sectors.

Below is the list of the top ten hypocrites in Ghana as complied by Kelvin Taylor.

Broadcast Journalist Paul Adom Otchere of Metro TV according to Kelvin Taylor has now turned into a hypocrite because he is now pushing the agenda of the “Akyem Mafias”. He added that his television show “Good Evening Ghana” which used to be the mouthpiece of the people has now turned into something else and he now interviewing Mallams and Pastors asking them who would win the 2020 elections when there are better things for him to discuss.

The host of Peace Fm’s morning show Kwame Sefa Kayi comes in at number 9. Speaking about the Chairman General as he is affectionately called, he said Kwame was the most dishonest person in Ghana but when he comes on air he pretends to be a very honest person. He mentioned that Kwame Sefa Kayi is selective in giving information out to let people know the truth.

Archbishop Nicholas Duncan Williams of the Action Chapel was placed on number 8 citing that he is the main man pushing for the building of the National Cathedral.

He explained that Duncan Williams should come out and tell Ghanaians and his church members how much money he and the president Nana Akuffo Addo made when they flew first class to America to solicit for funds to build the cathedral.

Continuing he said people in his church are unemployed but he has never said anything about that or the hardship in the continue.

Kelvin Taylor in explaining why Lawyer Addison deserves the number 7 spot revealed that in the bid to become a Member of parliament after several failed attempts the lawyer has now become “Father Christmas” dashing gifts to fool people with his profession as a lawyer.

The General-overseer of ICGC Dr. Mensah Otabil takes the number 6 spot on the list because he now can’t talk about the issues happening in the country but he was the same person who was vocal during Mahama’s tenure in power.

Professor Addai according to Kelvin is a dishonest man, tribalistic, and a liar adding that this man blamed people for corruption years ago but this same man is now scared to mention the names of the corrupt people in government because his hands are tight.

He concluded that Professor Addai won’t make it to Heaven because of his nature.

The godfather of investigative journalist Anas Aremeyaw Anas was named as the number 4th person on the list of hypocrites Ghanaians.

According to Kelvin Taylor, Kweku Baako defends all the bad things in the country but always holding papers saying they are proofs to some deals and other things but truly people don’t get to see what actually is written on the paper because he never releases them for them to scrutinize.

Maverick politician Kennedy Agyapong name was also mentioned in the list of hypocrite Ghanaians. For Kennedy Agyapong, he qualifies to be on the list because he has been bragging that he always say the truth but to Kelvin Taylor, Kennedy Agyapong is just like the other people mentioned citing that he defends all evil in the country using his recent comment on Manasseh Azure “Contract for sale” documentary.

Kelvin Taylor called out the Former Moderator of the Presbyterian Church of Ghana Profesor Martey as a chronic liar who was always organizing press conferences during Mahama’s term as President but fast forward to today the same professor Martey is not having a voice to speak on issues now.

He also stated that Rev. Martey would also not make it to Heaven because he can’t answer all the questions that would be asked at Heaven’s gate.

The number 1 person on the list compiled by Host of With all due respect Kelvin Taylor is in the person of Jerry John Rawlings who has all of a sudden is quiet on National issues just because he gets some kind of goodies from Flagstaff House but because his own Party the NDC wasn’t providing him with those things he was just attacking them over least things.

What do you make of the list compiled by Kelvin Taylor?