Photos: “His Mom Abandoned Him At Birth” – Touching Story Of The Cute Little Boy Who Photobombed Viral Wedding Photo 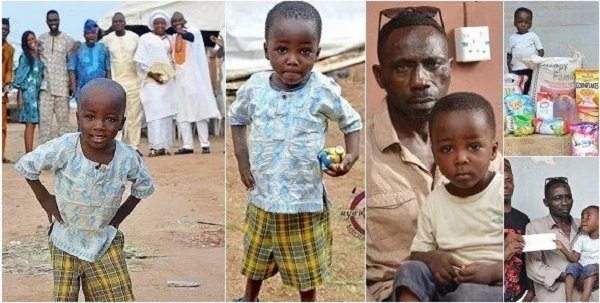 A lovely photo of a cute photogenic little boy who photobombed couple’s wedding photo circulated on the internet months ago and many people at that moment applauded to acknowledged the photographer for such a shot and admired the boy for such a cheesy-brave attitude.

Taking a flashback on the story, the photographer captioned the humorous image:

“I was about taking a shot when this lil man came right in front of me to pose for a shot, had to suspend my shot to take his first.

“Moral lesson for me: Never look down on anyone, no matter how they dress or look. Also, remember no one knows tomorrow.

“You never can tell this lil man could be Nigeria President someday..”

READ ALSO: Photos: Lady And Her Mum Die In A Fatal Accident While Shopping For Her Wedding 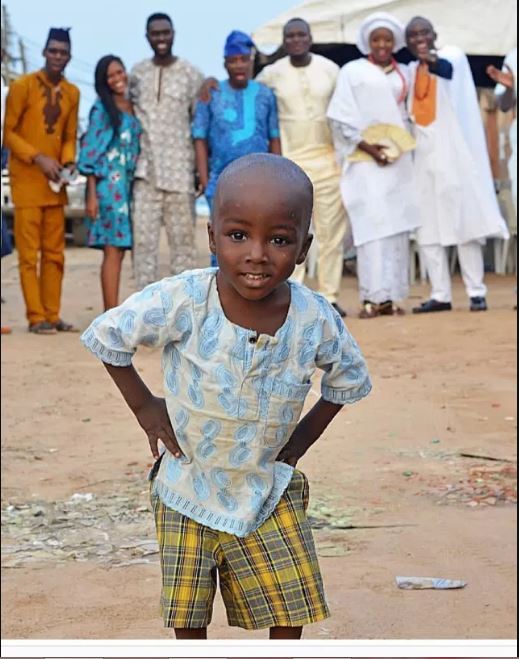 Many people after the circulation of the photo asked the where about of the little boy and pleaded with the photographer to found him, so little donations can be made towards his welfare.

Luckily, the little boy was recently found by the photographer and upon his founding, a Twitter user promised to give the little boy a scholarship till University Level! and make this Christmas holiday a memorable one for him.

Photographer, identified on Twitter as @ayaworanmedia, was at Oluwatobiloba’s home yesterday where he met his father who disclosed that he is no more with the little boy’s mother.

Tobi’s father allegedly added that his mother left him abandoned when he was a month old. A donation of food items was given to Tobi’s family in the name of the boy.

The Photographer after the donation shared Tobi’s touching story.

He is three years old and a product of failed marriage. According to his father, the boy was abandoned by his mother when he was barely a month old. His father, unable to cater for the boy, sought for a nanny who works in a daycare center, to take custody of the boy.

The nanny has been taken care of the boy since then. Though the father is a graduate of Electrical Engineering, he is jobless.

Though Oluwatobiloba has never seen the four walls of a school, he has a good command of English language considering his age. He speaks and understands the English Language.

The father is appealing to well-meaning Nigerians to assists in educating the boy who is passionate, bold and intelligent.

Friends, let’s make help in unleashing the potentials of this young boy. Yes, we can!

Check Photos Of Tobi And His Visitors…….. 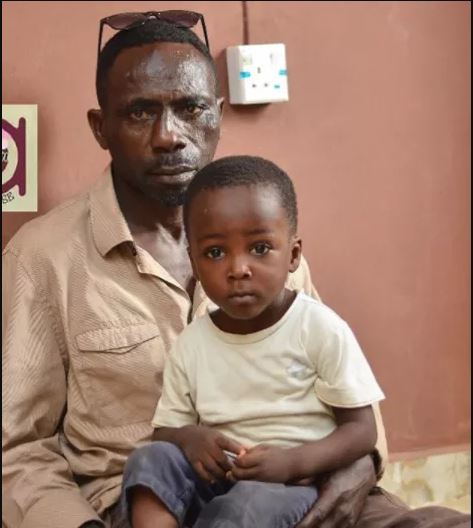