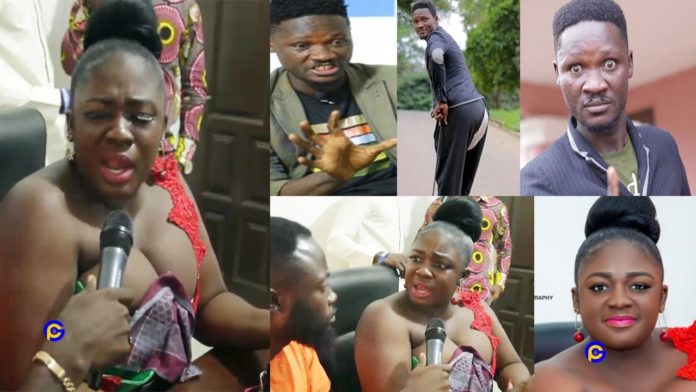 Popular Kumawood actress and producer Tracey Boakye has replied colleague actor, Sean Paul over claims that her new house was built with the help of politicians.

In an exclusive interview with GhPage Tv, the actress explained that she works hard for her money and doesn’t depend on any politician.

She explained that she has been producing movies for a long time and always makes sure she follows the trend to make her movie successful.

According to the actress, she is a very humble person and will obviously go far in life so she is not bothered about naysayers.

Tracey Boakye also refuted claims that the movie industry is dead, explaining that the world has evolved and there is a new trend.

According to her, people have to just follow the new trend because the movie industry is growing and has affected her positively.

Tracey Boakye denied reports that politicians helped her achieve all these successes and that the fact that she is well-endowed also played a role in her success.

This comes after Kumawood actor Sean Paul claimed that the movie industry is dead and that Tracey Boakye’s claims of using her proceeds from her movie premiere to buy a house at East Legon are false.