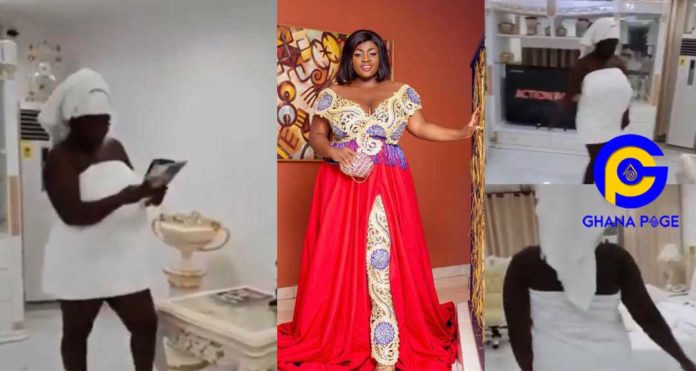 Actress and businesswoman Tracey Boakye has sent out a strong warning to guys who are broke but interested in her to keep off since she is not ready to be in a relationship with a broke person.

According to the actress, she is already an achieved and fulfilled businesswoman and as such, she has no time to waste on people who just ended up on the path of making a few chicken change for themselves.

Also Read: Tracey Boakye gives a tour of her magnificent bedroom and hall

She went on and stated that she would only consider men who least owe a seven bedroom house and some cars because, as a woman who has hustled on her own to achieve some great feet and as such deserves a man who is already established in life.

Watch the video of Tracey below;

Do you think she is just entering the relationship because of wealth or for love?