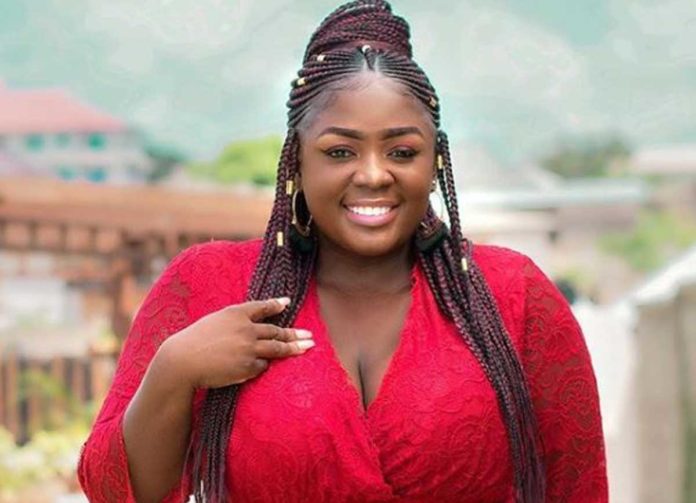 Kumawood actress, producer and entrepreneur, Tracey Boakye has played the role of a peacemaker by making actresses Akuapem Poloo and Xandy Kamel smoke the peace pipe.

This union took place at a press conference organized by Tracey Boakye for her upcoming video dubbed ‘Baby Mama’.

The two Instagram ‘slay queens’ have been on each other’s neck for several months now, hurling insults at each other.

At a point in their social media fight, Xandy Kamel described Akuapem Poloo as a fool and threatened to beat her if they ever meet.

Xandy Kamel also bragged that she is not on the same level as Akuapem Poloo because she is smarter and clever than her.

ALSO READ: I will refurbish the Cape Coast & Elmina Castles if sold to me -Kennedy Agyapong

However, the two have finally smoked the peace pipe after a serious battle on social media over who is better than the other.

At the conference, Xandy Kamel expressed appreciation to Tracey Boakye, called her a miracle worker for making peace reign between herself and Akuapem Poloo.

Akuapem Poloo also promised to be on good terms with her new friend and also work hand in hand to help grow the movie industry.