Tracy Sarkcess explains why she gave birth before marriage 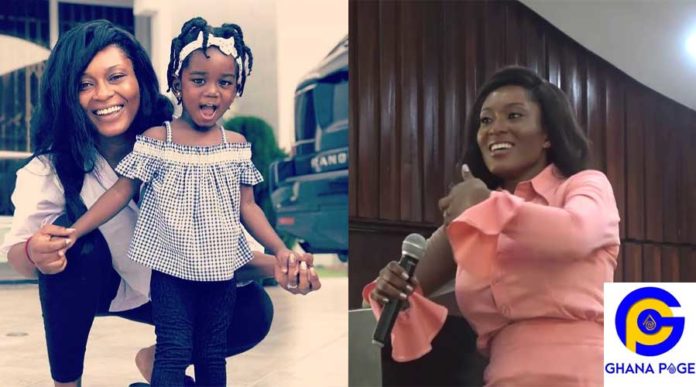 The wife of award-winning rapper, Sarkodie and First Lady of Sarkcess Music popularly known as Tracy Sarkcess has disclosed the reason behind her decision to have a child before marriage.

According to Tracy, she knew she had a future with Sarkodie and having a child before marriage was a personal decision they took.

“With having a baby before marriage, I will say that’s not the perfect way to do it but everyone’s life is different.

I can’t say because you look up to me you should also get to know a guy, have a baby and then get married, that wouldn’t be the case for you so I wouldn’t advise that. I think it’s a personal choice that everyone has to make for themselves.

You have to know the person that you are with. I knew the person I was with and the kind of private conversations we have at home”, Tracy stated.

ALSO READ: Xandy Kamel and Akuapem Poloo insult each other on social media

Tracy Sarkcess also stated that marriage is not an achievement as society has engraved such ideology in our minds but one must pursue and work towards his or her own goals.

“Well, in our society girls are brought up to believe that the end game is marriage which is not a bad thing because having someone who is your lover, your helper and your protector is a good thing but also work towards your own goals.

It might be wrong to have a baby with someone before you get married and it might be right for you as well. It’s a personal choice”, she added,