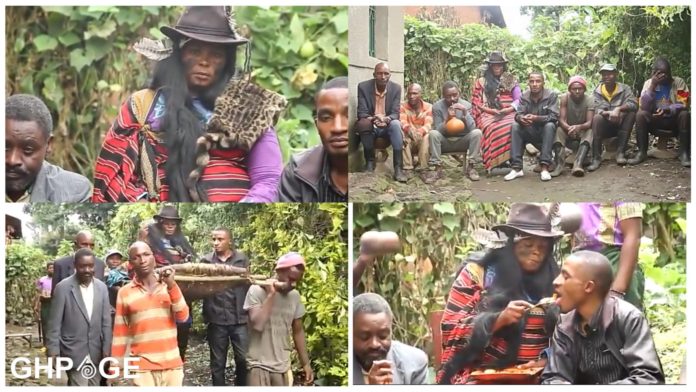 A video of a polyandrous woman married to seven husbands is making rounds on social media.

The woman who is a traditional healer is living in peace with her husbands. She claims she does not cut her hair as was the case of Biblical Samson because her powers emanate from the hair. . .

When asked why she married seven husbands she said: “I didn’t do it of my will. I was commanded by the elders. It was an order from them and that’s when I was given superpowers.

“The elders told me to produce more children from my husbands and I mustn’t have more than one child from one man hence the reason why I married more than six husbands. It was strange to me but I had to comply else I’ll be seriously punished,” she said.

She noted that she wasn’t the one who chose the men but was directed by the spiritual elders to them.

“When I approach these men, they have no choice than to agree because of my superpowers.

“I built a house for each of these men and visit them anytime to make love and satisfy their needs. These men can never dare cheat on me as my superpowers reveal it to me before they think of it,” she said.