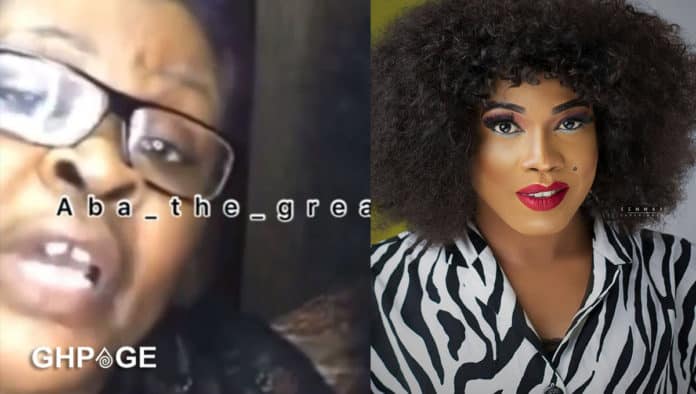 The mother of Ghana’s first transgender woman Angel Maxine has waded into the conversation about the new draft law submitted to parliament to criminalize LGBTQI+ activities in the country.

But the concerned mother believes the anti-LGBTQI+ legislation will infringe the rights of members of the LGBTQ community and expose them to heightened abuse and discrimination, including blackmail and attacks, hence should be thrown out.

In a self-recorded video sighted by GHPage.com, she threatened to strip down and bare it all to face President Akufo-Addo if he assents to the Bill to make it legally binding.

She called on government to embrace the LGBTQ community and allow it members to live freely as long as they don’t harm anyone.

Recently, Angel Maxine released a song in solidarity for Ghana’s LGBT+ community which has received widespread condemnation from politicians and church groups nationwide.

Featuring popular Ghanaian musicians Wanlov the Kubolor and Sister Deborah, the song’s lyrics are about how anyone – friends, family, colleagues – can be LGBT+ and challenge the hatred directed at gay, bisexual and transgender people.