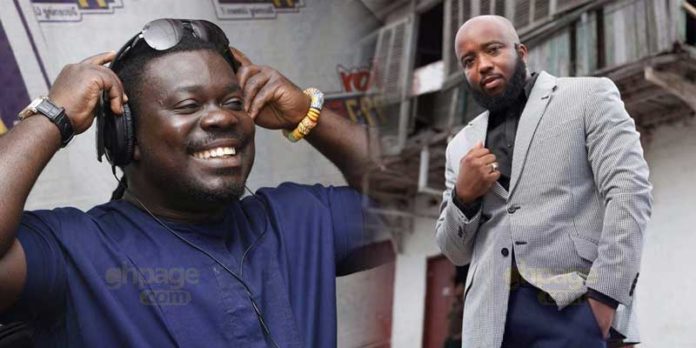 Ghanaian Rapper and Radio personality, Trigmatic has declared his intentions of contesting for the MUSIGA presidency stating that he will make the industry a better one by changing a host of things.

According to Trigmatic who currently holds a certificate in marketing from the Central University College, he cannot sit back with his ideas and initiatives and watch the industry while their fortunes go down the drain.

Speaking in an interview on Happy FM today, the “My Life” hitmaker stressed that he is currently doing more on his own to help the industry and that could do more if he holds such leadership.

“I still do in a way; I have the ‘Matic’ music club which teaches kids to play musical instruments and other subjects using music. They are also taught coding for music, folklore through music and so many things,” he said.

“It’s a start, I’ve done so many community building and training here and there, I’ve trained a few teachers. In May I got about seven music researches from Spain to come and teach my teachers and in January I’m getting two from Canada. There will be another batch in March. Currently, we are under the global leaders’ program,” he added.

Read more: Edem issues a word of caution to all Ghanaian musicians

In 2014 Trigmatic launched his foundation, Matic Foundation which supports lots of Orphanages in Ghana. He’s currently running a music and educational program for growing kids called MATIC MUSIC CLUB. The club is into music research and therapy. With this club, many kids have benefitted as well as teachers

Musicians Union of Ghana (MUSIGA) is an umbrella group that unites all musicians in Ghana irrespective of their music genre.

Read this too: Korle Bu “NURSE” arrested in a GHC3000 car fraud deal

Bice Osei Kuffour, aka Obour, has been the President for the past 6 years. He was elected on August 18, 2011, in Tamale in the Northern Region of the country. Other candidates who contested him at the time were; Gyedu Blay Ambolley, Nana Tuffour and Willi Roi.