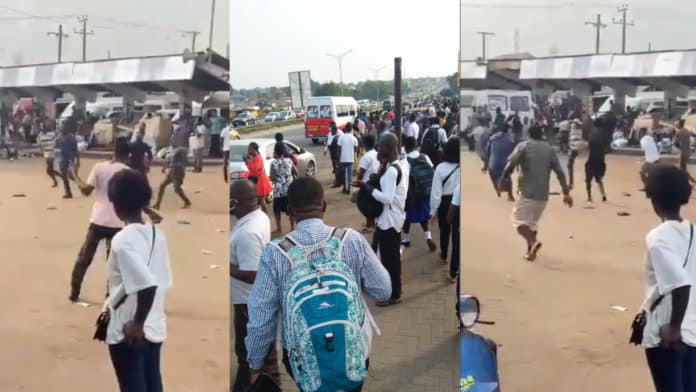 Thousands of passengers in Accra woke up to meet a strike action by commercial bus drivers (trotro) which had got them stranded at various stations in the capital.

These drivers have embarked on the sit-down strike to bare their teeth at the government following recent fuel hikes occasioned by the introduction of new levies.

Apparently, these trotro drivers have been appealing to the government to reduce the levies in order to make it possible for them to stay in business. Since initial meetings did not make headway, they had decided to go on a strike, and the innocent passengers are bearing the brunt of their action.

Following that, a video has emerged where some unconcerned trotro drivers have parked their vehicles and seen playing football. They are certainly unperturbed with the stress many passengers are going through in order to move to their workplaces.

Interacting with the media, these trotro drivers have said, until the fuel prices are reduced and the levies slashed down, they will continue their strike to drive home their demands.

Meanwhile, many passengers are still stranded at various stations and points as they wait in a doubtful bid to get cars to their various destinations.