Trotro drivers suspend strike, passengers can now get cars to travel in 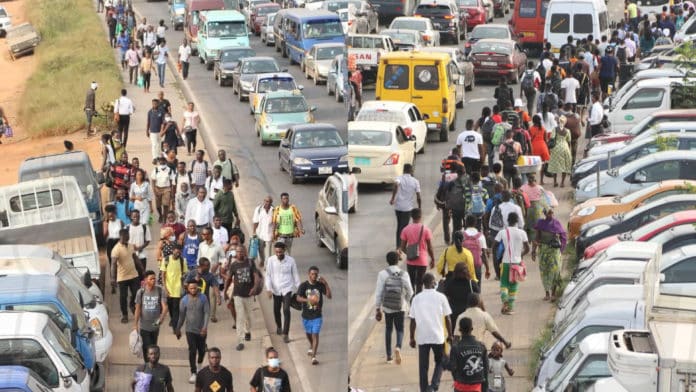 The strike was to compel the government to reduce the price of fuel in the country.

According to the leaders of the union, the strike has been suspended because they have been invited to the Presidency for further deliberations.

“The intended strike, which was scheduled to take effect today Monday 6th December 2021, has been suspended. The leadership of the union has been invited to the presidency during the course of the day. We, therefore, entreat our cherished members to go back to their normal duties,” portions of the statement issued on Monday said.

The strike, which started this morning, left thousands of commuters in parts of the country stranded.

At some bus terminals, the police were called to ensure calm as some drivers harassed their colleagues who had passengers in their vehicles.

The drivers were protesting the high cost of fuel.

The past six months have seen a significant increase in fuel prices.

There are seven taxes on fuel, which amount to GH¢1.9 on each litre of fuel purchased.

Currently, most oil marketing companies in Ghana sell fuel between GH¢6.60 per litre and GH¢6.90 per litre.

Fuel prices in 2021 started at about GH¢5 per litre and are now threatening to cross the GH¢ 7.00 mark before the end of the year.