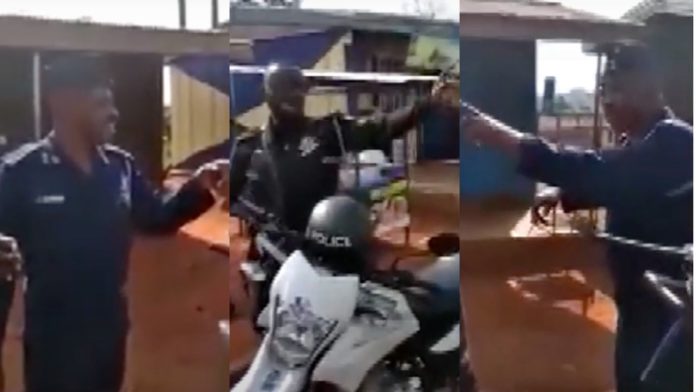 Two police officers of the Ghana Police Service had to face off in order to ascertain who had the higher authority to conduct traffic checks.

When the two faced off on the side of the road, it was more about ego and less about law and order.

One of the police officers wanted to exert his authority as a superior and the perceived lower-ranked officer was not ready to succumb.

In a viral video, these two police officers had to outdo each other as they exchanged hot words and expressed deep-seated hostility.

What actually led to that?

Supt. Albert Quansah then warned the officers not to participate in the exercise.

Cpl Boakye was offended by the Police Commander’s directive and refused to comply. This sparked a heated argument between the officers.