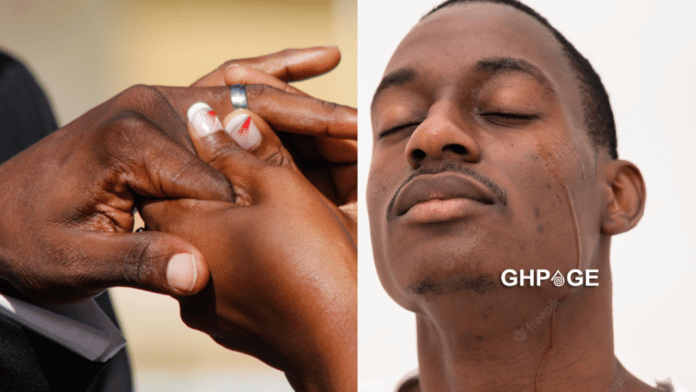 A young Uber driver has had his heart shattered after a lady he took care of for three good years dumped him for another man.

The sad story was narrated by a lady on Twitter who boarded the Uber driver’s car to her destination.

As revealed by the lady, the driver she picked suddenly broke down crying and shared that he found out the lady he had been dating for three years had married another person.

READ ALSO: Man uses wedding money to relocate abroad after his fiancée said it was too small

According to the driver, he met her on Tuesday and by Saturday, he got the news.

The lady who was touched by the Uber driver’s sad story admonished ladies who do that to desist from it and stop breaking the hearts of young men.

These things really happen to men always and men in this part of the world have come to live with heartbreak as part of life because when they talk about it everyone sees their weakness indefinitely.

My Uber driver started crying this afternoon on the trip because his babe of 3 years that he dropped at the car park on Tuesday got married to someone else on Saturday. You people need to stop destroying others like this, it’s too wicked abeg.

Check out some of the popular comments gathered under the viral tweet;

@biellonuhu – Boss, God delivered you. Because OMO, that person’s heart is not for the homefront. The loss is on brother who married her.

@Ifedoyin72 – That’s why sometimes it’s good to be wicked.. try nonsense with me and see if your marriage will be okay .. mtchewww

@toxchie – The emotional damage that infidelity and other forms of betrayal in relationships cause is underrated!