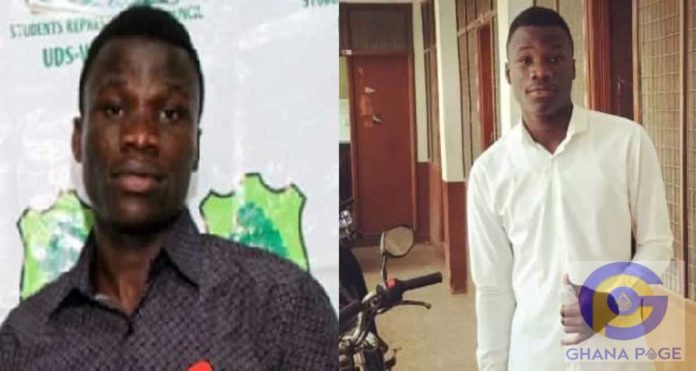 The deceased, known as Enoch Akondor believed to be in his late 20s was pursuing a BSC in Development Planning committed suicide after he failed in a number of courses and might not be able to graduate.

Enoch not being able to stand the shame of not graduating with his colleagues, committed suicide on Saturday at his hostel room by drinking a poisonous substance.

He was later found by his colleagues on Sunday morning in his hostel after several attempts to reach him failed.

According to his colleagues, Enoch was usually the first to wake up but were surprised when there was no sign of him at 6:30 am.

After knocking severally on his door with no avail, they hired the services of a carpenter who broke into the room and found Enoch lying lifelessly on the floor.

His colleagues also disclosed that they found a liquid substance which is believed to be the poison he drank and foam around his mouth with traces of blood on his lifeless body.

However, the body has been deposited at the morgue and the police has commenced investigations into the matter.