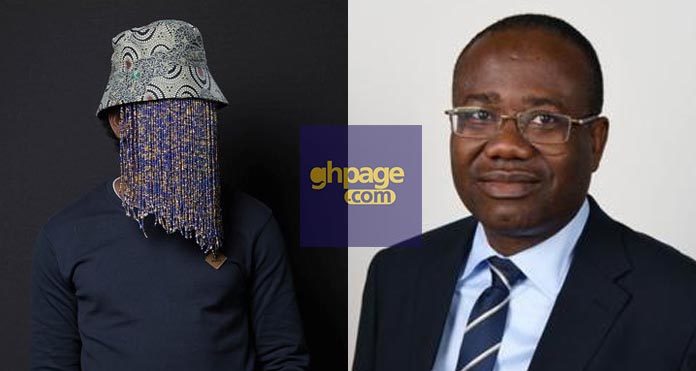 The Anas GFA Exposé has sent shock waves through almost every Ghanaian ever since it was screen in major cities of Ghana. Over 50 referees and match officials were captured on video taking various sums of money to either fix matches or influence match outcomes.

The president of the Ghana football association was captured receiving a bribe of $65,000 from “Saudi Arabia Investors” and also scheming to bribe the president of Ghana and other high profiled personalities for contracts.

Embattled former President of the Ghana Football Association (GFA), Kwesi Nyantakyi has dared Anas Aremeyaw Anas to produce the unedited version of both his video and audio conversations with Tiger PI crew in Dubai.

“I would request that Tiger Eye does us a favour by playing the full videos/audios of all the meetings held with Suale. The only occasion I met the supposed Sheihk was the meeting in Dubai. The video/audio presented to the public cannot be appreciated outside the context of all the meetings and discussions held”, he said in a statement issued on Monday jointly signed by him and one Dr Martion Luther Obeng (NDC Member and former District Chief Executive of Agona East)

Mr Nyantakyi who is disputing claims he accepted $65,000 bribe from Sheikh Al-Thani who turned out to be a member of Tiger PI crew insists the amount he received was less than $65,000 and that it was meant to reimburse him for expenses he incurred during the trips.

read this: ANAS VIDEO: KWESI NYANTAKYI PACKING HIS 65,000 DOLLARS IN HIS BAG

He argues that unedited versions of the secret recordings [both video and audio] will vindicate his stance that he did not receive the amount as a bribe but rather a refund of his expenses.

“Mr Suale, however, subsequently advised that the Sheikh had requested that I pre-finance the trip and be reimbursed. I agreed and travelled to Dubai. I did not meet the Sheikh as promised. I paid for my ticket and hotel for the trip. Mr Suale then arranged a second trip which was the only occasion I met the supposed Sheikh. Mr Suale provided me with an outboard air ticket (Dubai- Cairo) only contrary to an earlier agreement to finance an all round trip for me (Accra-Dubai-Accra). It’s clearly discernible that apart from a partial leg of the trips I was owed for the rest of airfares board and lodging which were incurred at the request of Mr Suale.”

“There was, however, a third trip the circumstances of which are unrelated to me personally although the Sheikh again requested through Mr Suale that I pre-finance the trip to be reimbursed later. Since this trip does not relate to me personally, I do not think it necessary to disclose its details. I also paid for this trip.”

“It was during my second trip to Dubai that the Sheikh gave me $40,000.00 as reimbursement for the air tickets I pre-financed for my two(2) trips and the third trip”, he revealed in his response.

read more: BREAKDOWN OF THE TOP GFA OFFICIALS CAUGHT IN THE ANAS EXPOSÉ