University of Ghana stands with Prof. Gyampo says he did nothing wrong in BBC documentary 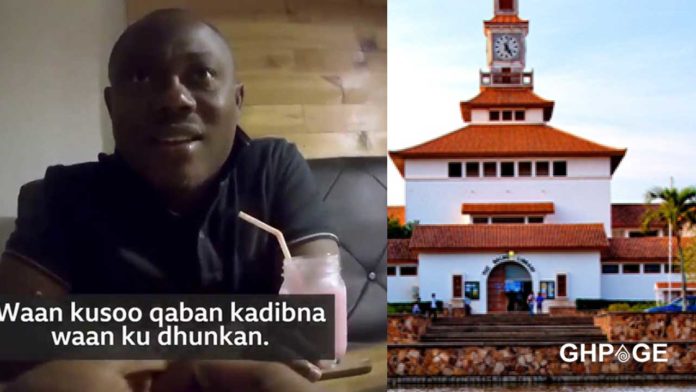 The University of Ghana led by the Chairperson for Anti-sexual harassment Dr. Margaret Amoakohene has cleared Professor Ransford Gyampo of any wrongdoing after he was fingered in the BBC Africa Eye investigation for exchanging sex for grades.

Speaking in an interview with Citi Fm, Dr. Amoakohene made mention that though the lecturer misbehaved in the video, nothing pointed out to him engaging in sex for grades as the BBC made people believe.

She said; “If you look at the transcript that they added, there is no evidence of sex for grade. I agree that the lecturers misbehaved and so you will discuss these as unacceptable behaviours that should be investigated but there was no indication of sex for grades. In one case, it was about the national service placement. Who needs grades at national service? She completed and she was looking for placement”.

She went on and added that; “In the other case according to the transcript, the lady approached him [Prof. Gyampo] and said she wanted him to be a mentor. She actually confirmed she wasn’t his student but asked that he mentors her. So where is the grade involved in this? You are able to discuss grades and sex when you find a lecturer who is dating his own students, and either unnecessarily giving them grades that they don’t deserve or marking them down because they have refused your advances. But in the two cases that are cited, I don’t see sex for grades”.

So far, some people on social media have descended heavily on BBC for putting out a poor documentary without providing any hardcore evidence against the lecturer which he tried to demand sex in exchange for grades.