‘Ups & Down’ is not a diss song to Medikal, I recorded it last month -Strongman 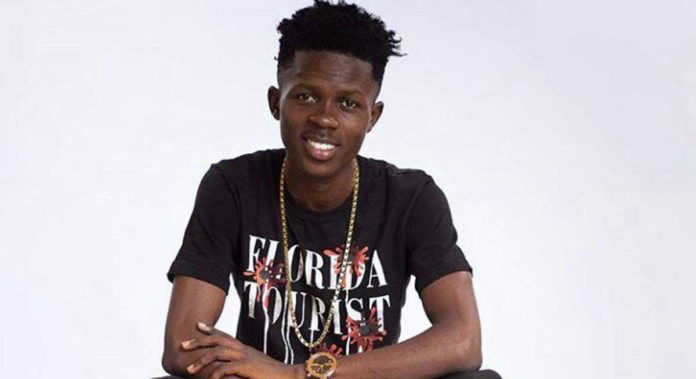 Ghanaian hip hop artiste and the man of the moment, Vincent Kwaku Osei popularly known as Strongman Burner has finally spoken about his ongoing lyrical war with Medikal.

According to the former Sarkcess signee, his new song titled ‘Ups & Down’ is not a diss song to the ‘Omo Ada’ hitmaker.

He disclosed that he recorded the song a month ago and sent it to Manifest on 7th May to add his verse.

According to him, he felt the timing was right and decided to release it but it is not a new song.

He also added that he hasn’t even seen Manifest for some time now because he is currently in Kumasi.

“Nah I recorded Ups and Down a month ago, it’s not a response maybe it’s because M.anifest said Omo Ada in it and that’s the reason why people are directing it towards him.

I even sent it M.anifest May 7th and we recorded it like two or three weeks ago. I just think it’s the timing that’s why people are thinking it’s a beef song”, Strongman disclosed.

The ‘Immortal’ hitmaker also revealed that he is currently working on the video which will be released soon.

ALSO READ: How Medikal-Strongman beef started & all the diss songs released so far

Medikal and Strongman for some time now have been throwing shots at each other over who amongst them is the best rapper.

Medikal started this after claiming he saved Ghana rap four years ago and released ‘To Whom it May Concern’ to buttress his point.

However, Strongman who felt disrespected recorded a diss song titled ‘Don’t Try’ where he warned Medikal to be careful when wrestling with elders.

Medikal also countered with a second diss song ‘The Last Burial’ and went really hard on Strongman including his girlfriend.

Strongman also did the same thing with ‘Immortal’ and made some accusations against Medikal’s girlfriend, Fella Makafui.

Well, Strongman claim his third song ‘Ups & Down’ is not a diss song to Medikal.

All seems not to be well between Nigerian superstar Davido and his baby mama Chioma Avril Rowland as a new post sighted...
Read more
Entertainment