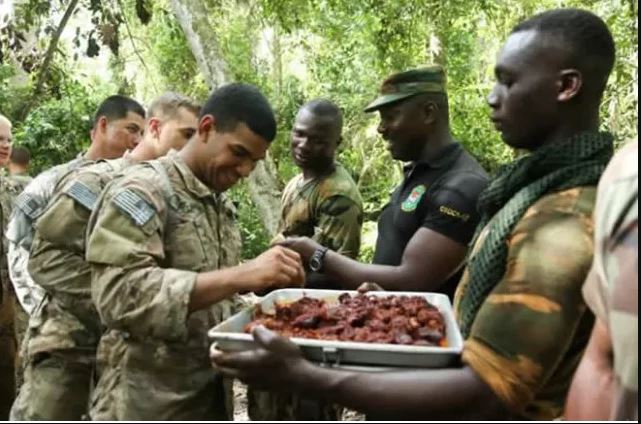 A troop of soldiers from the U.S Army who were on a mission have been spotted in a queue enjoying a taste of python meat together with Ghanaian soldiers in a bush.

READ ALSO: 9 People on Social Media we all hate

This unusual dinner happened during a survival course conducted by the Ghana army in 2017, at Akim Oda in the Eastern Region at the Jungle Warfare School at Achiase military base.

A report from Stripes.com disclosed that one of the 63 soldiers, Spc. Bryan Young, with the 1st Battalion, 506th Infantry Regiment, 101st Airborne Division who took the course, described the python meat as “extremely spicy.”

Brig. Gen. Kenneth Moore, USARAF deputy commander, happily revealed that it was “kind of a ground-breaking event” to have the U.S. soldiers taught by African instructors and  “And it contributes to Army readiness,”

Mr. Moore continued to add that the survival course was good since the soldiers were exposed to “something they don’t normally train in is an Army priority in leadership training.”

Spc. Bryan Young also opened up that the course, which taught jungle navigation, ambush offense, and defense tactics, and survival tactics, was “eye-opening.”

Sgt. 1st Class Eric Kramer said: “I don’t think anyone will forget this experience, to be honest with you.

“It’s too real, just the threat, the spiders, insects, getting lost in the jungle, hydrating.” He added.

READ ALSO: 7 Deadly Prophecies From Owusu Bempah In 2018 That Are Causing Fear And Heartbreak In Ghanaians

However, on Friday, January 5, 2018, the U.S Embassy tweeted to show their appreciation. “We’re grateful for our partnership.”

A source reveals that this is the first time an African partner nation trained U.S. Army Africa soldiers.

See The Photos From The Survival Course Below…….. 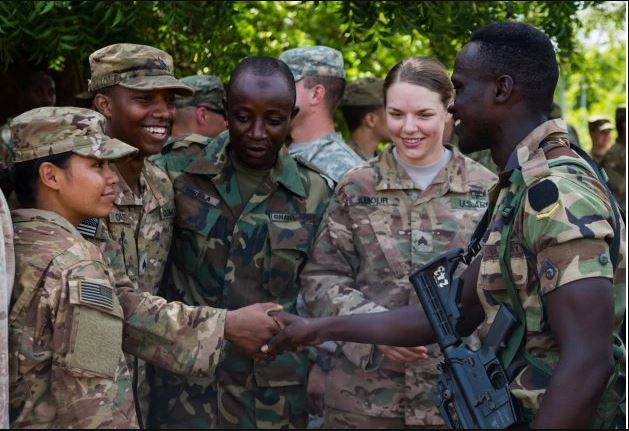 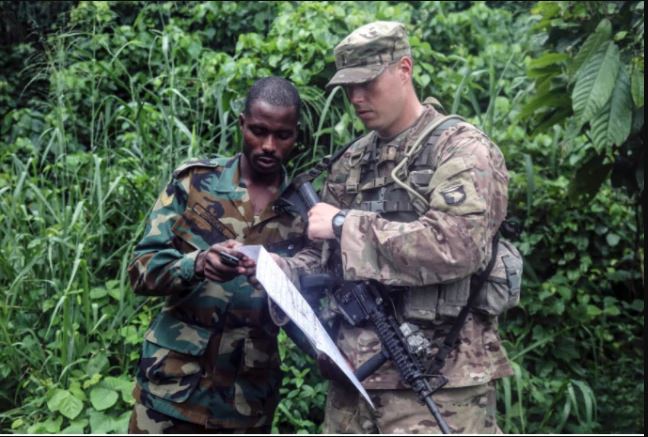