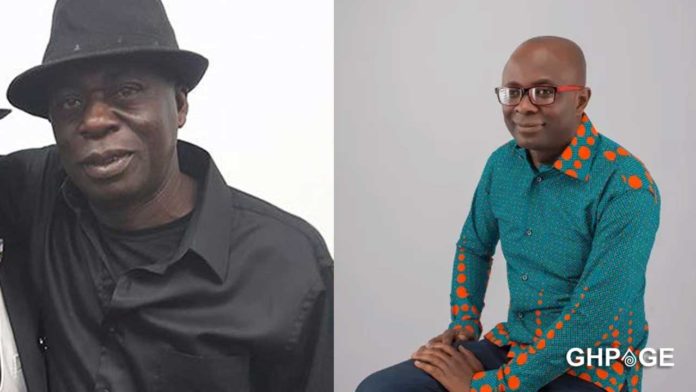 It would be remembered that the actor a few days ago in his interview with Kweku Manu expressed his disappointment in some big people in the country saying they only used him and his best friend the late Bob Santo.

According to Judas, the likes of Kwame Despite and some few other rich men in the country have neglected him after all that he did for them during their struggling days.

Judas in the video interview, he stated that he was one of the people behind the new popular Peace FM.

He said, “We were those who made Peace FM, Peace FM. Even before the station was named, I was part of it. Santo was part of it. Kwami Sefa Kayi and Maame Afia Konadu were standing there as well. We stood under a tree to discuss the name that should be given to the station…I am sad. Humans are ungrateful. It saddens”.

But Entertainment Review host in a Facebook post has described Judas’ comment as lies because Kwame Sefa Kayi wasn’t with Peace Fm when the station started but rather with Radio Gold.

He posted: “Kwami who was with Radio Gold and only joined us almost about two years after the birth of Peace FM was amongst the person’s who decided on the name Peace FM…come on Judas Iscariot!” 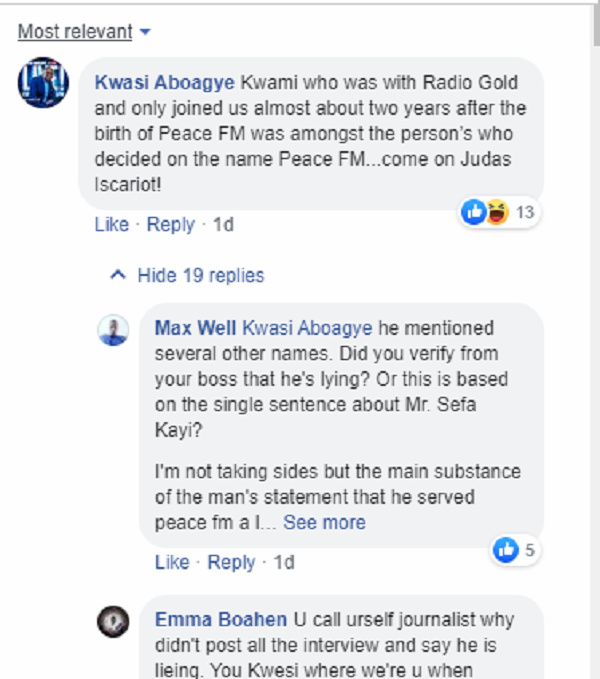