This year’s Vodafone Ghana Music Awards Unsung Category promised to be the most exciting edition yet, as Closeup toothpaste, the iconic youth brand, in partnership with Charterhouse provided a more rewarding and exciting experience for underground acts seeking to break into mainstream music.

READ ALSO: These are the five artists who have been nominated for 2018 VGMA Artiste of the Year

Here are the Artists who were nominated for this category:

Many tipped Dhat Gyal to win but it was KelvinBoy who was adjudged the winner of the unsung category.

READ THIS: Eno Barony Makes History As The First Female To Be Nominated For ‘Best Rapper of the Year’ Category at this year’s VGMA 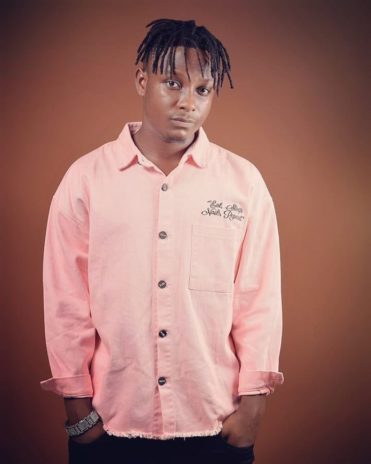 READ MORE: See all the photos from the 2018 VGMA Nominees Jam in Cape Coast

Kelvin boy has a unique musical style derived from his desire to sing and compose lyrics with everything happening around him. His soulful side, which he adopted from regularly singing in church, makes his voice sound melodic.

READ THIS TOO: Berla Mundi and John Dumelo to Host VGMA 2018

The VGMA comes off this Saturday 14 April at the Accra International Conference Centre. And as usual DJ Black will stir affairs on that night.

DON’T MISS: Video: Angel Obinim caught removing a passport from his shoe during a miracle service in his church

With this declaration, Kelvin Boy will mount the stage with ace artists like Sarkodie, Kinaata, Stonebwoy and the likes.

Ghpage.com promises to bring you minutes update on the VGMA’s night which promises to be great. Stay with us.

And Ghpage.com sends our congratulations to Kelvin Boy and wishes him well. 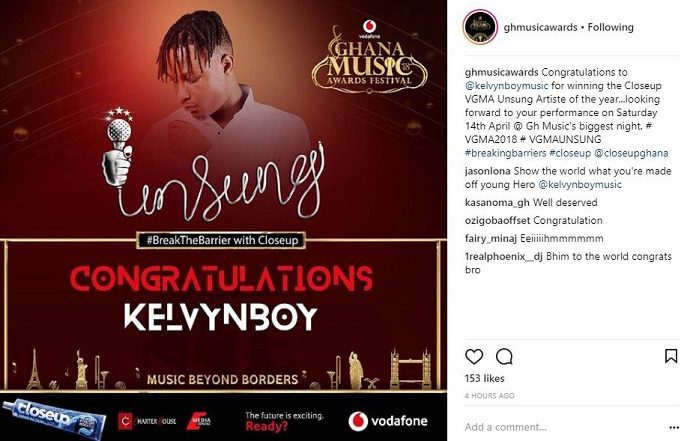