VGMA 2019:Categories Sarkodie,Shatta &Medikal have been nominated in 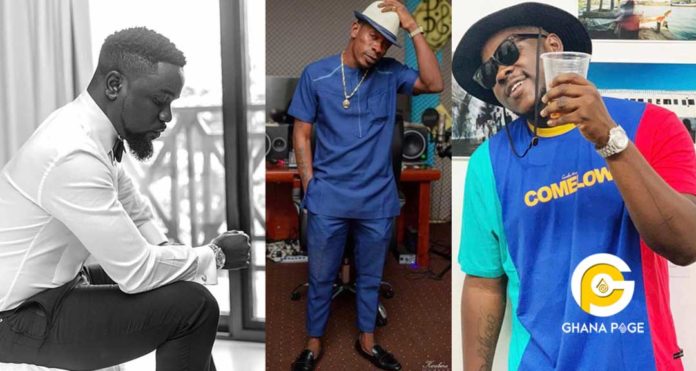 Vodafone Ghana Music Awards (VGMA) 2019 has been duly launched and whiles some of the names of artists and songs were expected on the nominees’ list, some of the names have equally shocked many people as to why they made it to the list.

But in all, entertainers lovers have praised the board for being above average in being fair to music arts in the country.

Sarkodie, the legendary Ghanaian rapper who has sometimes even been tagged the best rapper in Africa swoop 9 nominations at this year’s Vodafone Ghana Music Awards.

Although there has been some criticism here and there depending on which category Sarkodie was nominated for, most of the people have criticized the inclusion of Sarkodie in the overall “Artist of the Year” Category.

It is the belief of his critics that he didn’t work enough on his own to merit being included in that prestigious category. There are also some criticisms about his inclusion in the Rapper of the year category at the expense of his signee, Strongman whom many believe deserved the spot.

SEE ALSO: List of artists battling for Artist of the Year at VGMA 2019

SEE ALSO: I deserve to win artist of the year in 2019 VGMA’s – Kuami Eugene

Most of the criticisms are centered on the nomination of Shatta Wale’s Reign Album for Album of the year category. Many are of the opinion that there are more deserving albums for that category.

Medikal undoubtedly is one of the artists who performed exceptionally well over the past year. Medikal bagged 4 nominations at this year’s Vodafone Ghana Music Awards.

He performed so well that people have criticized the VGMA board for excluding Medikal from the artist of the year category.

For all the VGMA 2019 updates, bookmark Ghpage.com and you won’t miss even a single update. Stay with Ghpage.com