Vicky Zugah’s pastor nabs ritualist with snake in his church 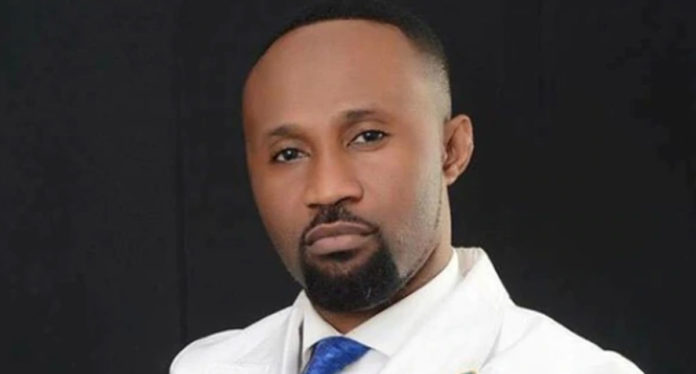 It would be recalled that a few months ago, a certain pastor delivered Ghanaian actress, Vicky Zugah from a curse placed on her by the wife of a man whom she had snatched.

This very same pastor, Prophet Osei has nabbed a young ritualist with a snake in his church. The young man, was said to have travelled to the Brong Ahafo Region to get the charm and snakes that would start producing him money once he had followed the instructions.

The ritualist then went to Prophet Osei’s church where the lady was and gave her the buscuits to give to her child. This was then that God revealed this wicked act to the pastor, he then confronted the man and asked him to come forward and reveal the contents of his bag to prove he wasn’t a ritualist.

After the confrontation, the man of God with the help of his associates forced the ritualist to open his bag. The content of the bag, amazed the whole congregation. The contents include charms, incense and a life snake in his bag.

According to the pastor, if the baby had eaten the biscuit, she would have died and the snake who begin vomiting money for the  the ritualist. This is what is commonly known as blood money. Wonders shall never end!