Victoria Hamah recounts how she was allegedly drugged and nearly raped 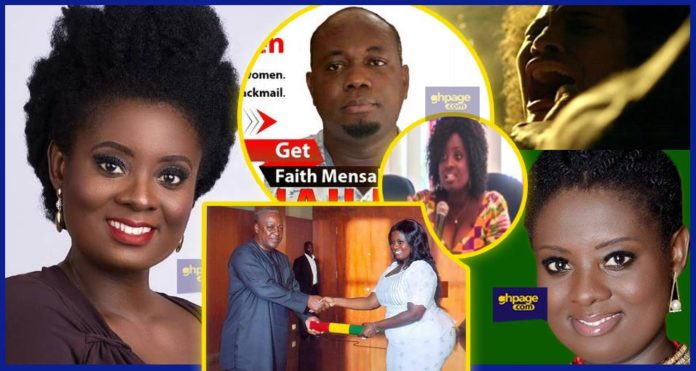 The former Deputy Minister of Communications of John Mahama’s era, Victoria Hamah has accused one Faith Mensah Tekpor of drugging her and not only that but believes the man was in the quest to rape her.

Narrating how it all happened in an interview on UTV and as monitored by GHPAGE.com, Vicky, who is now the Executive Director of Progressive Organisation for Women’s Advancement (POWA) stated she met Mr. Tekpor some time ago and after an interaction decided to get to know him more for business purposes.

“I met him at A&C mall. And I am a businesswoman who is also in the public life. He called me and introduced himself as Fiifi Twum and that he is a real estate owner and a farmer. We then discussed business.”  She stated

“Later, I was invited to a full gospel businessmen fellowship program at Holiday Inn. So I went to that program in the morning. That program had Mercy Gray who is a pastor of Revered Wingham’s Church at East Legon, Dr. Boamah, a consultant at Korle Bu and had other reputable men, Christian fellowship.”

“I had already arranged with him that, I will be coming to see his real estate after that program which he claimed is in the airport area.” She continued

“When I got there, indeed, I saw a real estate which had about 16 apartment. Whiles, I was chatting with him, he offered me a drink but I didn’t take it because as a vegetarian, I don’t meat and alcohol. So he gave me a Cranberry juice which I took.” She added

“It was right after I drunk, then I realized I have been drugged. So I asked him, gentleman, what did you put in the drink, have you drugged me? Then all of a sudden, the whole room was dark. The building was swinging left and right. He was just grinning, looking unperturbed.” She said

Hamah, a Hindu, who bears the initiation name Lakshmi mentioned that she was able to escape after chanting the name of her spiritual father.

“At that point, the only thing that came to my thought was my spiritual master. I focused my mind on him. I invoked his image in me in concentration. I had to submit to a higher being to save me. The first words that came from my mouth were ‘save me, my guru’. The fourth time, I started chanting his name with faith and absolute concentration, devotion. Each time I chanted the name, I was able to have control over my body. That is how I escaped.” she said.

Hammah asserted that her organization is taking the matter up because many ladies have fallen victims to Tekpor’s actions but are scared to report to the police for fear for their lives.

She further indicated that Tekpor, because of his dubious activities goes about with different names just to hide his real identity.

In August last year, the Police arrested one Faith Mensah Tekpor said to be a serial confident trickster.

A statement from the Public Affairs Department of the Police indicated that the suspect operated within Accra, Sakumono, and Tema and poses as a Medical Doctor with several names such as Dr. Jeff Alvin Addow, Dr. Alvin Ownsa, Dr. Alvin Annan, Dr. Rill Owns, Dr. Collins Amoah and Dr. Alvin Mensah to defraud people.