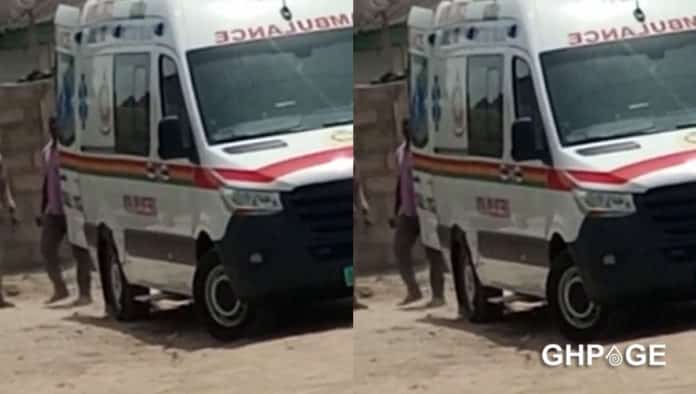 A video that captures one of the ambulances distributed across the 275 constituencies by President Akufo-Addo being loaded with bags of cement has gone viral.

The video shows a seemingly new ambulance with registration number GY 537-20 being loaded with bags of cement by some young men at a cement depot.

The shameful scene played out at Buduburam near Kasoa in the Central Region and was secretly recorded from a distance by a journalist with UTV.

The journalist who did the secret filming was unable to ascertain the district that bears ownership of the said ambulance.

The development sparked a huge debate on social media, with many criticizing the government for failing to ensure that they are being used appropriately for what they were intended for.

The 307 ambulances are fitted with advanced life support equipment and tracking devices. They were subsequently distributed to the 275 constituencies with the remainder of thirty-two (32) ambulances stationed at the headquarters of the Service.

It therefore comes as a shock that the purpose of the ambulance has been relegated to a cement loading vehicle.