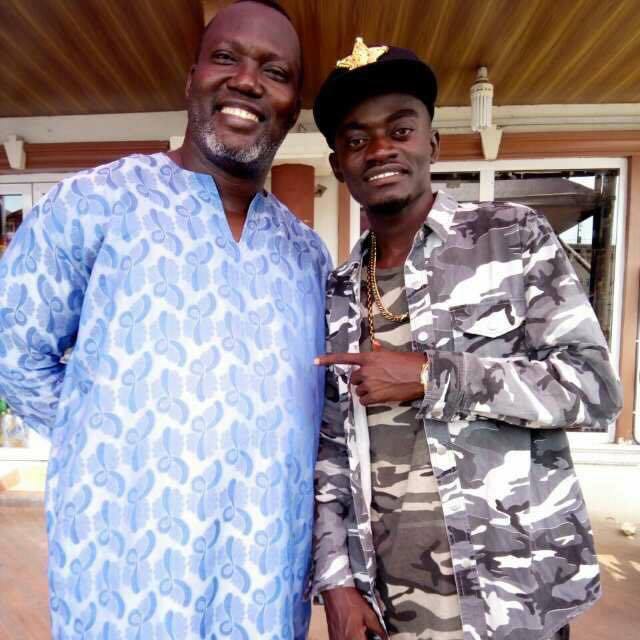 Bishop Bernard Nyarko has jumped to the defends of his colleague actor Kwadwo Nkansah Lilwin in the ongoing “One corner” stealing Saga.

When it did not succeed, Lilwin went on to release his version of the song and titled it “Corner Corner”

Since the issue became public knowledge, Ghanaians have really ridiculed and rain insults on Lilwin for being “Greedy and selfish”. Lilwin has come out to tell his side of the story and has denied trying to steal the song. SEE DETAILS HERE

SEE ALSO: Video: Liwin is a greedy bastard — He caused the downfall of Agya Koo, Kwaku Manu and has now introduced his girlfriend and their plan is to compete and ‘Kill’ Nana Ama McBrown’s shine-Lady ‘spits’ on Kwadwo Nkansah

Kumawood Star, Bishop Bernard Nyarko has also joined the conversation. According to him, Lilwin does not deserve the insults being rained on him. He even predicted the song will expire soon and Patapaa may need Lilwin’s help in the future.

Bishop went on say some Kumawood actors and actresses are behind the scenes fuelling the insults being rained on Lilwin and they should put a stop to it. He further stated he will blast anybody who tries to insult him too.

“Patapaa is an up and coming musician so it’s necessary to associate himself with those at the top. There’s no way Lil Win wants to ‘kill’ the boy. What if Lil Win rejects him in the future when he’s in need? The insults are bad. Bishop says so,” he said in a video shared on Lil Win’s Instagram page.

“What’s wrong if Lil Win invites you for a collaboration? If you can’t collaborate, why insults? Let Lil Win’s name rest. Those Kumawood actors inciting fans to jab Lil Win should stop.”

“No (Ghanaian) song has reigned for 3 months. Very soon, the song will expire.”

SEE ALSO: [Watch Videos] Compilation of all the craziest and s3xiest “One Corner” dance videos