Video: Ebony’s Dad Has Something Crucial To Say About Ebony’s Driver 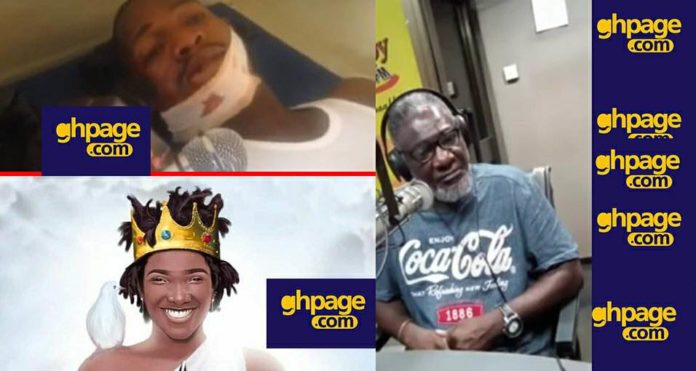 When Ebony’s 4×4 Jeep collided with the VIP passenger bus on the Sunyani-Kumasi road on the 8th February 2019, out of the four people in the car, only the driver survived.

Priscilla Opoku Kwarteng aka Ebony Reigns, her best friend, Franklina Yaa Tabua Nkansah aka Frank Kuri and Ebony’s bodyguard, Lance Corporal Francis Atsu Vondee perished were the people who died with from the accident. The driver walked away with a minor injury on his chin.

Already eyewitnesses in the passenger bus have described the driver’s account of the accident as false and have called on the police to investigate the driver.

The driver, Chartay Oko has since gone missing as the family of the late Ebony seeks to see him for a proper narration of the whole incidence.

Ebony’s dad, Mr Opoku Kwarteng has expressed bitterness as to why the driver has since not met him in person. He revealed while granting an interview.

“I have not heard from him but I know I will definitely hear from him. He never came to express his condolence to the family during the funeral”

“I had expected to see this guy long time. His father came to see me during the one-week memorial service. I asked about his son and I was told he wasn’t feeling well. Since he’s in Ghana. I will definitely find him. He will come, yeah he will come,” he said.