Video: How the fight between Stonebwoy and Zylofon Media’s Bulldog started 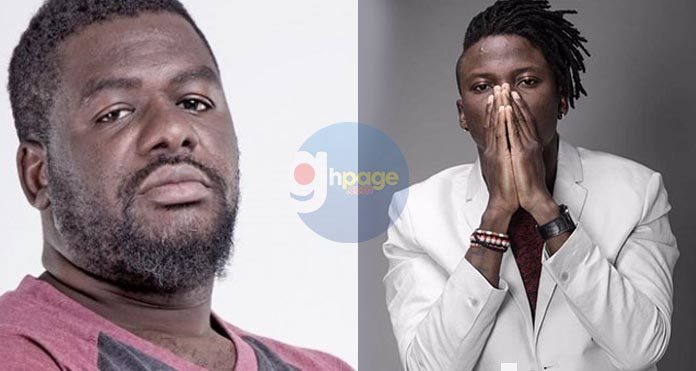 There was uproar at Paloma Hotel in Accra Saturday evening when Zylofon media’s Bulldog allegedly attacked Dancehall artiste, Stonebwoy and his crew who were holding a mini concert at the hotel.

A younger brother of the musician, who was at the concert is said to have been injured and has made a complaint of assault and theft against Bulldog born Lawrence Nana Asiamah Hanson at the Nima Police station.

According to Stonebwoy who spoke to Joy News after the unfortunate incidence disclosed that he had finished a performance on the University of Ghana campus and was at Paloma to support KelvinBwoy who was holding his ‘AfroBeats’ tour there.

READ ALSO: Zylofon Media Has Money But With No Competent Staff For Its Purpose, So Far Money Wasted With No Results – Mark Okraku-Mantey

“I just got off the stage at Legon [Liman Hall], and it was a super performance like I always do. So we drove over to Champs for the next event.

“We were chilling in the room and then we heard bang…and cursing…” he said.

The Jungle hitmaker said he had sent his brother to the car to bring his clothes when they heard the commotion.

“They hit [my brother] on the lips, they took the car keys from him and they sat in the car…if, not for my bodyguard, they would have driven my car away and that would have been something else,” he recounted.

He said his manager, BlackCedi is dealing with the situation.

“I think in this country so many people are taking the law into their own hands because certain people in authority give them their support,” he said.

In a video spotted by Ghpage.com revealed that Zylofon Media Signage was removed before Stonebwoy performed at Legon as ordered by Stonebwoy. This we have gathered angered Bulldog who was tipped off of the incidence.