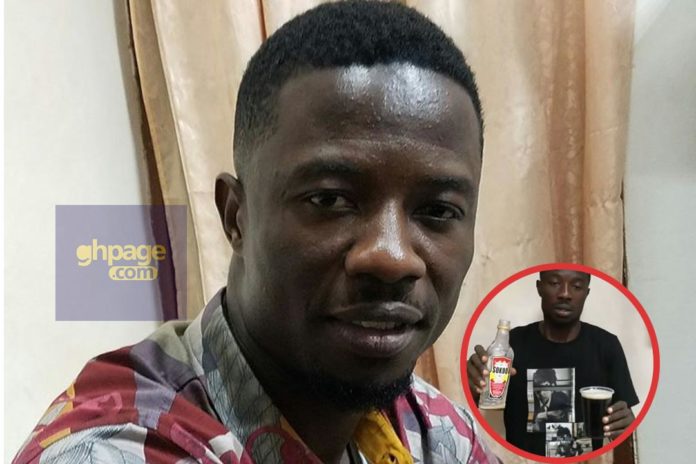 Celebrated Kumawood actor, Kweku Manu has been captured in a new video performing what appears to be a magic trick.

The actor who was wearing a black t-shirt with images in it is seen holding a bottle with a black liquid within it in one hand and a plastic cup in another.

He then appears to pour the liquid from the bottle into the cup, but in a strange manner, the cup rather appears to run empty, as the bottle is filled up.

@west_side_west_hard_2_death wondered: “You know how to do this and yet Ghanaians are all suffering for economic reasons.”

Also Read: Is Nana Ama Mcbrown Forcing Her Young Husband To Love Her? This Video & Photos Prove So [Details]

Kwaku Manu has been featured in numerous films, some of which are Abodam, Kwaku Manu in London and Wrong Meat.

Outside the world of movies, he engaged in a number of businesses. He is the owner of the Kwaku Manu Educational Complex, located at Kumasi.