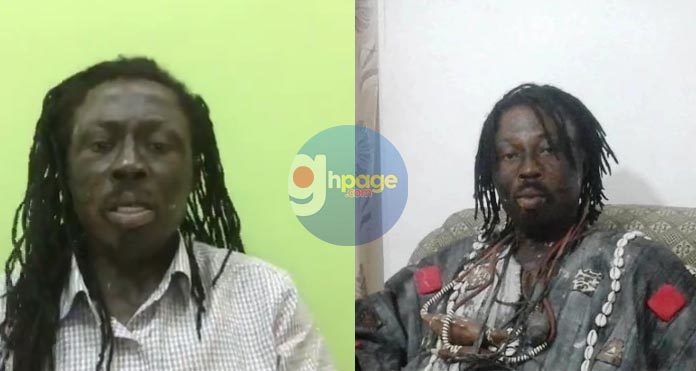 After Dancehall artiste Shatta Wale was honoured at the International Reggae & World Music Awards (IRAWMA) in Chicago, he praised popular fetish priest Kwaku Bonsam insisting his prophecies are spot on.

“Last year Kwaku Bonsam came live on Facebook and made some prophecies about me, saying I will receive an award and I mean international award and here am I today. I have not gone to bribe him in order to make such prophecies. He just came out and made those prophecies,” Shatta Wale said in a Facebook live video.

“I want to thank him so much and may God bless him. Anyone who sees him should tell him to come for his stone because his prophecy has come true. I know anything he says is of God and that is why I believe him,” he added.

READ ALSO: 10 Ghanaian celebs whose introduction into the entertainment industry “destroyed” the careers of others

In an epic response to Shatta Wale for remembering him of the prophecies, he once prophecised on his[Shatta Wale] music career, the popular fetish priest took to Facebook to record a live video in which he played back-to-back Shatta Wale songs.

READ ALSO: Finally, Watch The Video Of When Stonebwoy Fired Gunshots At Bulldog And His Macho Men

In the video spotted by Ghpage.com, the controversial spiritualist Kwaku Bonsam appears to be a huge fan of Shatta Wale, having been captured jamming to the dancehall artiste’s songs thanking him and the CEO of Zylofon Media Nana Appiah Mensah.

Strongman responds to fan who labeled him ungrateful to Sark

Strongman has in a tweet taken a swipe at a fan who called him ungrateful to Sarkodie and his former record label...
Read more
Entertainment