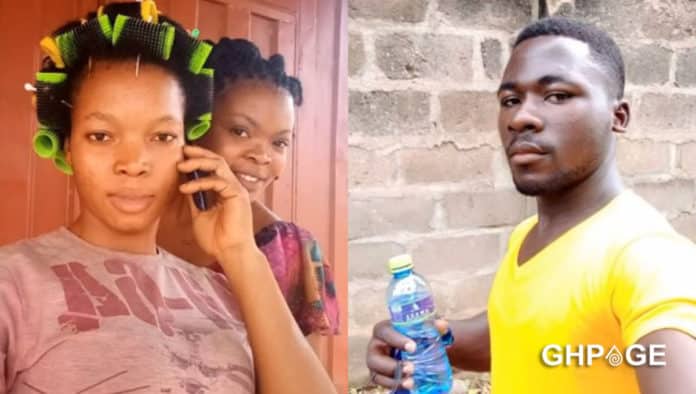 A hairdresser has allegedly been murdered by her boyfriend in Kasoa in the Central Region following a misunderstanding over missing money.

Elizabeth Tetteh was found dead in her room on Saturday, days after a huge sum of money in her possession got missing in her room she shares with her boyfriend, James Kwaku Nkansah.

According to a video report sighted by GHPage on Oman Channel, the owner of the salon where Elizabeth works gave her money for safekeeping while she travelled to the Ivory Coast. She also left the shop in her care while she was away.

The report said it was not the first time this has happened as the owner of the salon has entrusted Elizabeth with money on several occasions because she’s a good staff.

Elizabeth reportedly kept the money in a safe box, took it home and hid it somewhere in her room, where she stays with her boyfriend.

A few days ago, while at the salon working, she received a call from the boyfriend claiming that his money has gone missing in the room.

Over the phone, James Kwaku Nkansah allegedly claimed that their room had been broken into by someone who ransacked the place and made away with their monies.

A misunderstanding between the two compelled the boyfriend to allegedly strangle Elizabeth to death.

Listen to the full report below

This murder case is one among many that have emerged from Kasoa in the last few months.