Social media has become a place where users tend to come across various news and videos from all walks of life.

A viral video which has been spotted by captures the shocking moment a Cameroonian man was recorded on camera assaulting a lawyer in her office.

According to reports,the man who is identified as Mr. Paul Sinju is currently on the run after security forces launched a search for him after assaulting the lady lawyer during a heated exchange in her office.

Sources revealed that the whole drama erupted when the lawyer Evelyne Egbe Eyong, defended Mr. Paul Sinju’s siblings against him in which is in relation to their father’s property.

Mr Paul wanted to take over their father’s properties without any objections from the younger siblings.

But the lawyer made him lose the case against his siblings forcing him to storm the lawyers office in anger and beat the hell out of her.

Report also says that Mr. Paul destroyed 2 office chairs, a table and quite a number of important documents which belonged to some clients.

He also made away with a whopping sum of FCFA 1,000,000 belonging to the client. 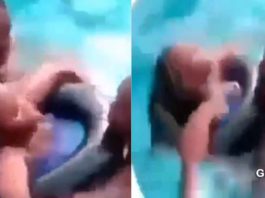 Video of a lady being ‘chopped’ in a swimming pool by... 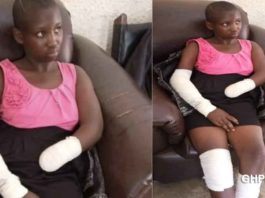 SHS student narrates how a rapist cut off her hands after... 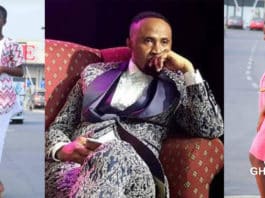