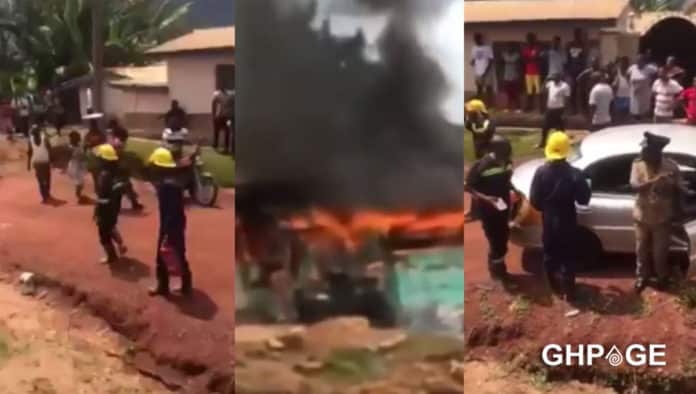 A video of a fire outbreak has brought the Ghana Fire Service to ridicule after a team of firefighters arrived at the scene in a taxi with fire extinguishers to put out a fire burning a whole house.

The incident reportedly happened at Akyem Begoro in the Eastern Region of Ghana.

A building had caught fire in the absence of the owner as residents drew near to help douse the fire with buckets of water and sand.

The fire service department in the Eastern Region was subsequently contacted for support and to the surprise of many, the fire personnel reported to the scene in a speeding taxi with cans of fire extinguishers.

According to residents, the fire tender of the Fire Service in the area has broken down for about a week, hence, using a taxi as an alternative means of transport and fire extinguishers to battle the fire.