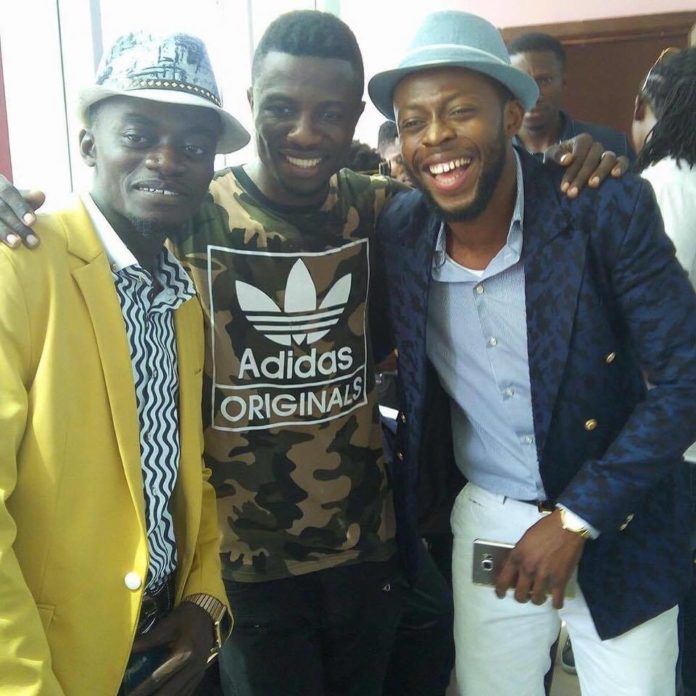 One Ghanaian Evangelist who is fast gaining prominence on Social Media has revealed that Kumawood poster boys Kwaku Manu and Kwado Nkansah Lilwin are part of the Illuminati and they have been employed to deceive their followers to hellfire.

According to Evangelist Addai Emmanuel who also doubles as a prophet, Kwaku Manu and Kwadwo Nkansah Lilwin have been employed to subconsciously encourage their followers to practice hom0$exual (gay) acts.

Evangelist Addai Emmanuel in the video below explained how they are using roles they play in movies to encourage the practice of gay.

The Evangelist also revealed that late Professor John Evans Atta Mills, the former president of Ghana was killed by the Illuminati when he refused to allow the legalization of gay.

Using photos from a movie where both Kwadwo Nkansah Lilwin and Kwaku were comically acting out the s3xual act of gays, Evangelist Addai claims they were subconsciously brainwashing their viewers to accept the practice.

Not long ago, the Same Evangelist who claims he has been tasked to expose the Illuminati and occult practices of celebrities alleged that Both Nana Ama Mcbrown and Maame Serwaa are Illuminati members whose fame and money was given them by the occult group.CLICK HERE FOR DETAILS

SEE ALSO: Videos: This Is What Happened When Shatta Wale Jumped On Stage With Stonebwoy At Ashaiman Concert