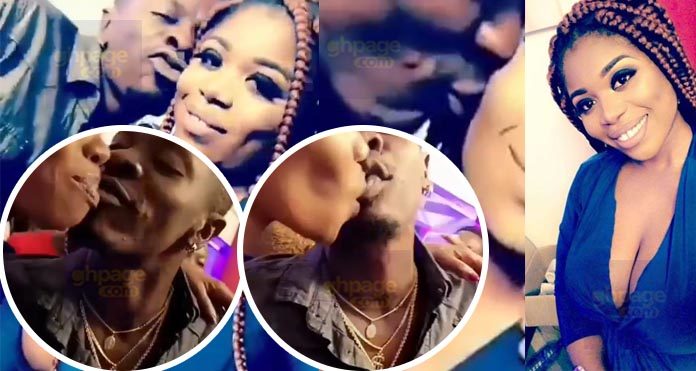 Shatta Michy, as she is affectionately called is a young adventurous and self-motivated lady who believes in the principle of multi-tasking and its relevance to growing global trends. A go-getter who is aspiring to become exceptionally successful in her chosen fields of endeavours – human relations and marketing.

Many were with high expectations that Shatta Wale would on this day mend all the fracas he had with his baby mama after the two ‘crazy couples’ were engaged in a social media brawl leading to their breakup.

Many of us still does not believe their breakup and were with high hopes that the two will use this special day of Michy to announce their comeback or probably tell Ghanaians it was all publicity stunt but that wasn’t the case of Shatta Wale as he sent a heartbreaking message to his baby mama which could confirm their breakup.

In a video spotted by Ghpage.com, the self-acclaimed African dancehall king Shatta Wale is seen kissing two women including the lady Shatta Michy fought with at Hajia4real’s birthday party.

Surprisingly, few minutes after the kissing video, Dotty Lana, the lady Shatta Michy fought with at Hajia4real’s birthday party posted a picture of himself on Instagram with the caption “Happy soul.” Does that mean she finally snatched her dream man from Her rival Shatta Michy? 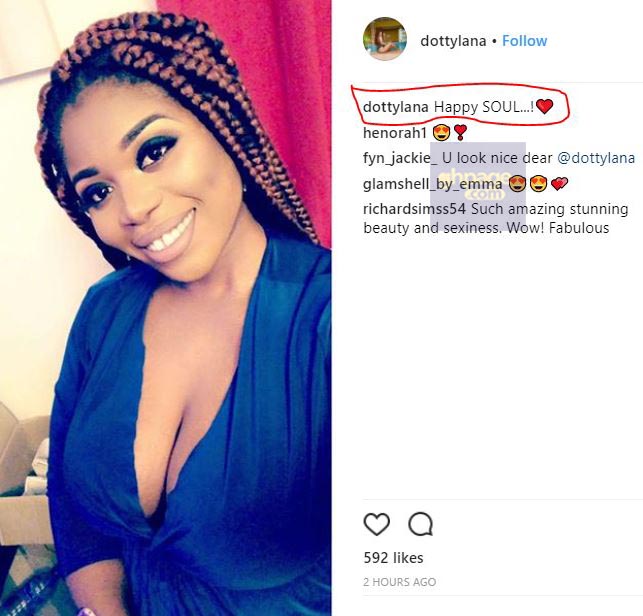 Back to Shatta Michy and Dotty Lana’s Night Club Fight

Well, Dotty in a snap post has indicated that she is a promoter at ONYX Club and as part of her duties happened to be at the club at the same time Hajia4real was also having her party.

Nonetheless, in another snap chat posts, both Michy and Dotty ‘fired’shots at each other. Below is a video of that

According to an eyewitness at the scene, Shatta Michy started the feud wanting to beat the hell out of Dotty Lana but was separated by the bouncers present at the club.

However, in attempt to react to the whole incident, Dotty Lana in a Snapchat post revealed that she was in the club having fun, then all of a sudden Shatta Michy walks up to her wanting to pull a fight.

Dotty Lana in a series of Snaps warned Shatta Wale’s baby mama to be careful and not to try her next time, else she would beat her up with her ‘EXPENSIVE’ wig.

She also could be heard saying;

“ Y’all need to advise Shatta Michy. Shatta Michy or what the f*ck you call yourself, don’t try this b*llshit on me next time. Don’t in your f*cking miserable low life try this nonsense else I will beat you like my stepchild. Just thank the bouncers, that tried in their own way to separate this b*llshit, if you ever…”

Watch the Video below…