Video of SHS girls caught caressing each other 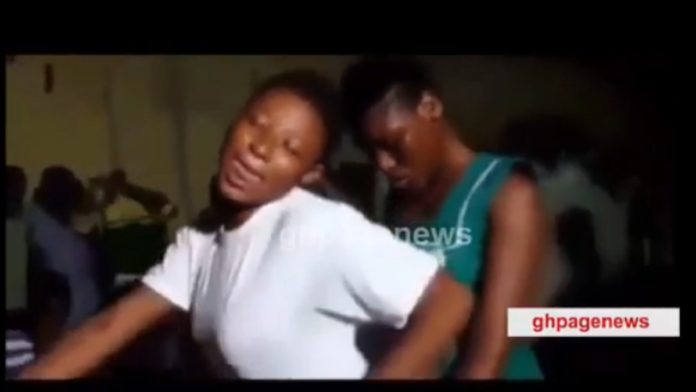 Ghpage.com has chanced upon an unfortunate viral video of some senior high school girls smooching and caressing each other.

In the video, four senior high school girls were seen caressing each other during the school’s entertainment session.

The girls who were in their uniforms were seen dancing seductively and fondling each other as other students watched in dismay.

This viral video has caused a stir on social media with a cross-section of Ghanaians criticizing these young girls about their unruly behavior in school.

Below are some comments from social media users;

uniqtouch_gh wrote; “Sadness of the heart”.

nhanhaama8214 had this to say; “Future slay queens not leaders”.

kingsolo4 wrote; “I love my Ghana, so ar they also counted among the future leaders”.