Video: Stones thrown at Stonebwoy at the Ashaiman concert ~ He threatened to shoot the fans with a pistol 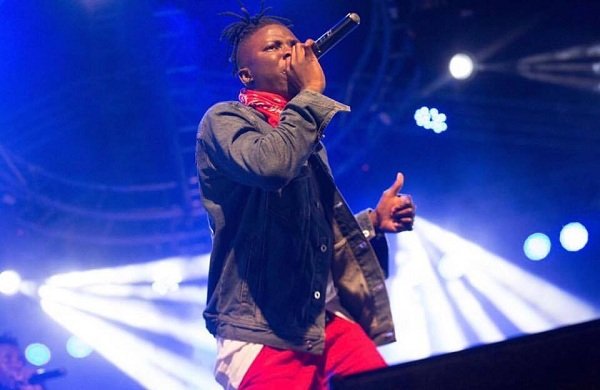 The Ashaiman to the world concert organized by Dancehall artist Stonebwoy and the Zylofon Media will go down as one of the greatest concerts that have ever been held in Ghana.

Prior to the mounting of the stage by Stonebwoy, there was an attack on him by unknown people. Failing with the knife attack, the nameless persons cut the wife of the artist at her back. Nevertheless, Stonebwoy was able to mount the stage and deliver impressive performance to the thousands of people gathered there.

SEE DETAILS: Stonebwoy escapes death as his wife got cut with knife minutes before he hit the stage

But a new video Ghpage.com has received proves there was a previous attack on the artist even before the concert started.

Apparently, when Stonebwoy arrived at the Ashaiman Concert, unknown people started throwing stones at him. It got worse to the extent Stonebwoy demanded gun to shoot any other person who throws stones at him again.

In the video below which you will watch, Stonebwoy was shouting in his native language, Ewe, that someone is throwing stones at him and he, therefore, asked for a gun and threatened to shoot any person who tries again.

SEE ALSO: This Is What The Tema Divisional Police Had To Say About Stonebwoy’s Wife’s Attack

As to who is behind this insane attack on the Dancehall artist during the Ashaiman Concert is still unknown but some people are already pointing fingers at the supporters of his rival Shatta Wale even though Shatta Wale was there at the show himself to show his support.

SEE ALSO: Videos: This Is What Happened When Shatta Wale Jumped On Stage With Stonebwoy At Ashaiman Concert