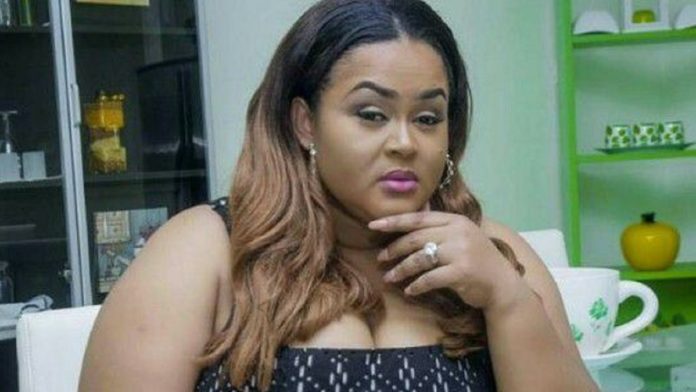 The brother of popular Kumawood actress Vivian Jill Lawrence has finally spoken about Evangelist Addai damning allegation against the actress and her first son, Clinton.

The brother of the actress identified as Kofi Gyasi stated that he is saddened by comments made by Evangelist Addai and is astonished that a supposed man of God can blurt out such senseless statements.

Kofi Gyasi added that the Almighty God should deal and have mercy on Evangelist Addai for the incest comment he made.

In reacting to Evangelist Addai claim that Vivian Jill’s second son, Alfie resembles Clinton, Kofi Gyasi explained that they have similar appearance because they are related by blood.

He added that if Evangelist Addai is a sensible human being, he wouldn’t have made such a statement about brothers.

Vivian Jill’s brother also rained insults and curses on Evangelist Addai and also described him as a demon.

It can be recalled that controversial Evangelist known as Kwame Addai alleged that Vivian Jill’s first son is the biological father of her second son, Alfie.

According to Evangelist Addai, the man who represented the father of Alfie at his naming ceremony was hired by the actress to deceive Ghanaians.

Vivian Jill in reacting to this statement denied all the allegations and rained curses on the Evangelist for making such evil statement about her family.