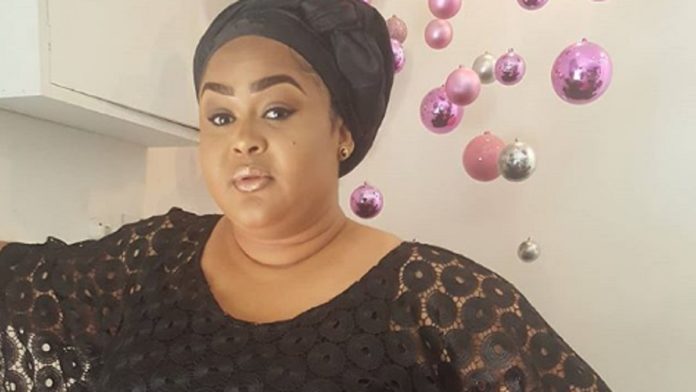 According to Vivian Jill, she will not sit unperturbed for a retarded person like Evangelist Addai to destroy her peaceful and loving family.

The actress added that she comes from a family that shows love to each other and cannot comprehend how showing affection to her children could warrant such silly claims.

In reacting to Evangelist Addai claims that she danced in a night club with her son, she explained that it was her son’s 16th birthday and organized a birthday party for him.

She added that she doesn’t care anymore about what people will say about her family and that God should deal mercilessly with any person who is bent on destroying her family.

Vivian Jill rubbished all the accusations leveled against her and added that Evangelist Addai would have been dealt with by her family if he was currently residing in Ghana.

She stated that her family would make his life a living hell and he would regret making such evil and false comments about her.

This comes after Evangelist Addai shared a video on his social media pages where he alleged that Vivian Jill’s first son is the biological father of her second son, Alfie.

According to the Evangelist who many people have described as a lunatic claimed that he has solid evidence to prove that Vivian Jill’s first son is the biological father of his younger brother.

He further alleged that the man who was present at the naming ceremony of Alfie who is believed to be the younger brother of Vivian Jill’s baby daddy was an imposter hired by the actress to deceive Ghanaians.

The Evangelist made serious allegations against Vivian Jill and in reacting to these accusations, the actress rained curses on him.