Also reveals she is one of the richest actresses in Ghana 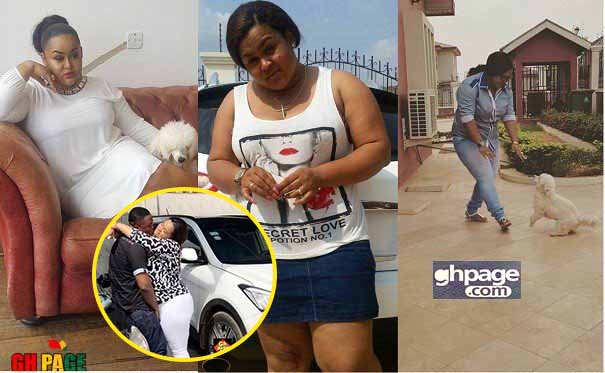 Kumawood star actress and the mother of two , Vivian Jill Lawrence on several occasions has disclosed that she is one of the richest actresses in Ghana.

Monitored by Ghpage.com , the actress first made that revelation on “Anigye Fie”, a TV show on RTV when they visited the actress in her house at Santasi in Kumasi.

In that interview, properties of the actress were shown in the about “50 minute’s interview”. The actress on that same show revealed how she started her acting career, her business aside acting and the source of her worth.

The second time Ghpage.com spotted the actress speaking about her wealth and how rich she is, was in an interview with delay when the Delay Show train arrived in the Garden City months back.

HER VIEW ON MARRIAGE

The mixed raced actress whose mother hails from Ankaasi in the Ashanti Region and father from Scotland has an interesting view about marriage.

Vivian who has stayed in South Africa for about 6 years stated that she is not married but has a man in her life. On that same delay show, she stated, she prefers having Kids than getting married.

“I would prefer having children than getting married. Marriage is not my priority and I would say that forms part of the reasons why I am not married yet.”

Flip Through The NEXT Series of Pages to Continue with the article & more photos of the Kumawood actress, Vivian Jill Lawrence who shows off her cars, house, and other property- which also reveal she is one of the richest actresses in Ghana

Share
Facebook
Twitter
WhatsApp
Previous articleTen (10) Very Easy And Simple Ways To Be The Perfect Girlfriend To Him | Pay Attention To #8
Next articleI Love D0ggy Style; It’s Impossible For Me To Reach 0rgazm Without It – Kumawood Actress Reveals