Video: After admitting she is dating Yaw Dabo, Vivian Okyere now claims she can never date him

When the rumours started flying around that Kumawood midget, Yaw Dabo is in a relationship with colleague actress Vivian Okyere, Ghpage.com reached out to the actress for confirmation and she personally admitted she is dating him.

Initially, she jokingly called our first article on the issue a propaganda but after Ghpage.com spoke with her on a phone which we have the recording and will bring out if the need arises, she confirmed indeed they are dating and that, Yaw Dabo is her “Sweetheart”. 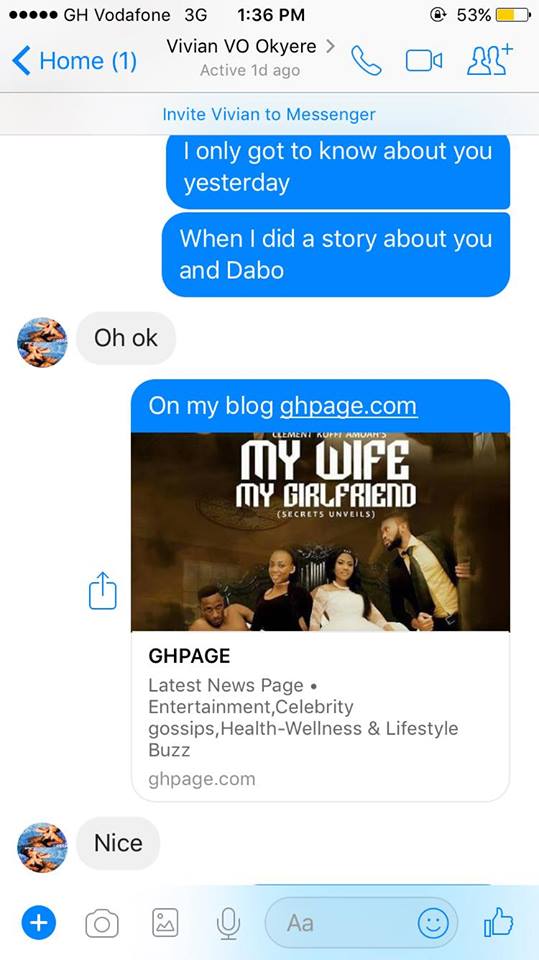 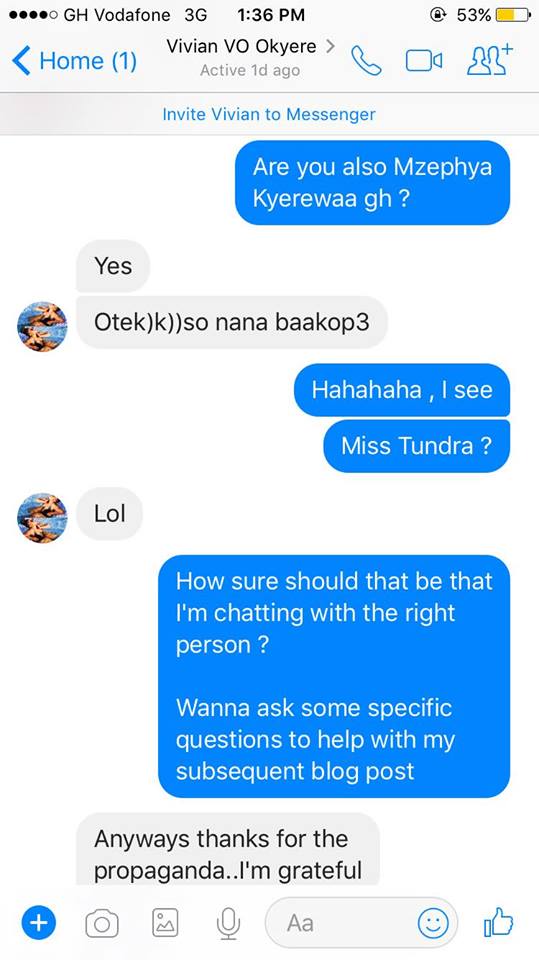 SEE ALSO: WATCH VIDEO – “My love for Yaw Dabo it’s natural, Don’t underestimate him, He is my heart – Vivian Okyere

Well, the actress is singing a new song now. She claims she has never dated Yaw Dabo and can never go out with him. She further stated that they are just friends and she gets closer to him to raise his confidence considering how he is easily looked down on.

He admitted he has a serious boyfriend who is not in the movie industry that she hopes to settle down with.

“I do have a serious boyfriend who’s not an industry person. Therefore, there’s nothing amorous between us as Ghanaians have made to believe.”

“The truth is that I’m close to him because of the negative perception people have developed about ‘dwarf like’ beings like Yaw Dabo so I can give him comfort.”

“There’s never a dull moment when you’re with Yaw Dabo. So I just like him but he is not my boyfriend and will never be”, Vivian Okyere stressed.”

SEE ALSO: VIDEO: I broke Up With My Girlfriend In Holland For Vivian Okyere Because We Are So Madly In Love – Yaw Dabo Confesses

Now, this is where it gets annoying. Some celebrities out of their desperation to be famous in their field lie to bloggers and when the lie catches up with them, they quickly dump their bullsh*t on bloggers and make it sound like bloggers are clueless.

I guess it was for fame just as she is now accusing bloggers of conjuring her relationship for traffic. Vivian Okyere in the same interview with QuooFante, host of ‘AroundTown Entertainment’ on Kessben TV said no blogger contacted her and its absolute bullsh*t!! She said:

“The bloggers are having fun! I believe they do not have enough traffic worthy stories in their backyard to blog so anything goes.

SEE ALSO: VIDEO: We are Madly In Love So Get Ready For My Wedding With Vivian- Yaw Dabo

“Although I don’t have issues with the bloggers so they should’ve contacted me for an interview to authenticate the relationship rumours. So I wonder how they came up with the dating stories headlines”, she lamented.”

Ghpage.com dares Vivian Okyere to deny ever admitting to us and we will publish the whole conversation we had with her alongside all the WhatsApp Chats.

SEE ALSO: These 6 Ghanaian diminutive actors and their ages will surprise you