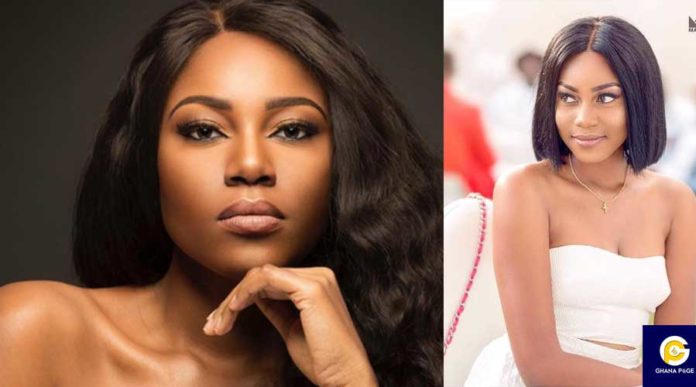 Ghanaian actress and producer Yvonne Nelson has taken a swipe at the ruling government over the slow rates of development in the country.

The actress who is popularly known for her diverse views on political issues wished Ghanaians could boycott elections to put politicians on their toes.

ALSO READ: I have been celibate for 12 months -Yvonne Nelson

The mother of one took to Twitter to complain about the lack of development in Ghana since it gained independence in 1957.

She tweeted; “I am waiting for the day no one goes out to vote just to send a strong message across, because it’s been the same from 1957 to me.

Cape Coast, Takoradi, Accra High Street look the same and even worse in some places. I don’t think seeing a KFC is development.

As for Cape Coast, my heart breaks when I go there, the capital of the Gold Coast where tourists troop to, we should be ashamed”.

We need to stop spending so much money on these celebrations, they are pointless, the money can be used for development. 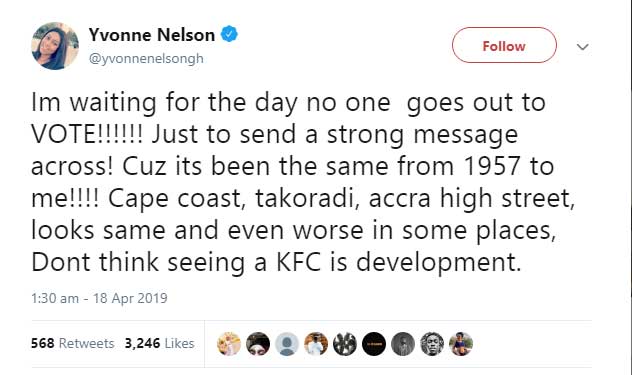 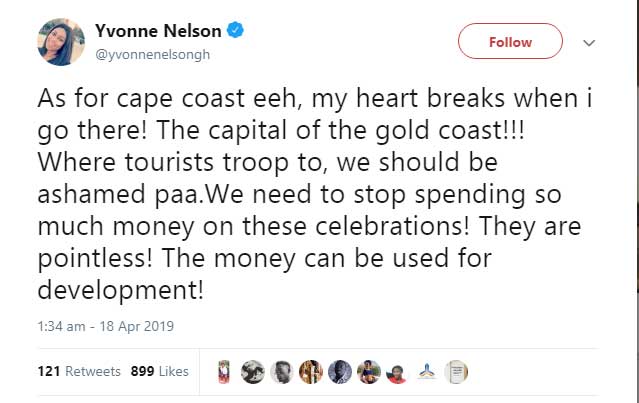 The actress further pleaded with the government to concentrate on developmental projects rather than the annual independence day celebration.

Yvonne Nelson is known for her ‘Dumsor must stop’ vigil she spearheaded against the John Mahama led administration.