I always walk around with condoms – D Cryme 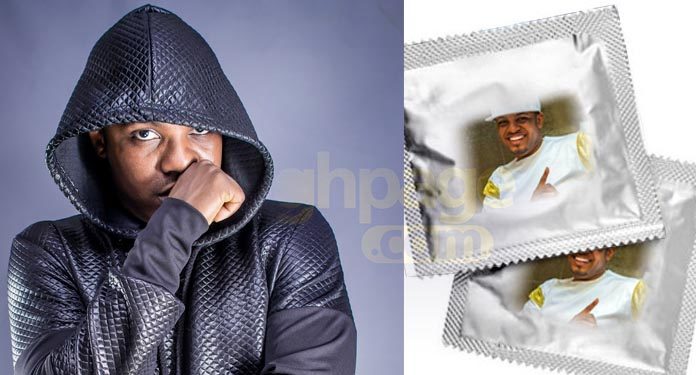 According to the Tema-based rapper, he carries condoms around because, during crucial times, most guys forget to protect themselves, advising that using condoms protects one from unwanted pregnancies and contracting diseases.

“I always walk around with condoms, condoms are like handkerchiefs. [If] you don’t even get to use them, you lend them out.”

read also: Photos of the guy who is said to have released the Aisha videos

Well, it is obvious it is just not for himself but to also give it out to his friends when they need them sharp.

The ‘Kill Me Shy’ hit-maker reiterated that he always has condoms in his pockets all day, every day and passes it on to any of his friends in ‘crucial’ times.

Reacting to claims that he prefers dating older women in clearer terms known as “sugar mummies”, he refuted such claims and stated that he laughs over them when he sees or hears such stories.

“I just laugh about it whenever I hear or read stories of that nature.”

Asked about the number of children he has, he said:

“I have children, one is singular, two, three, four, is plural…and so on therefore I just want to maintain the fact that I have children. I like it that way but I don’t have up to eight kids as being speculated.”