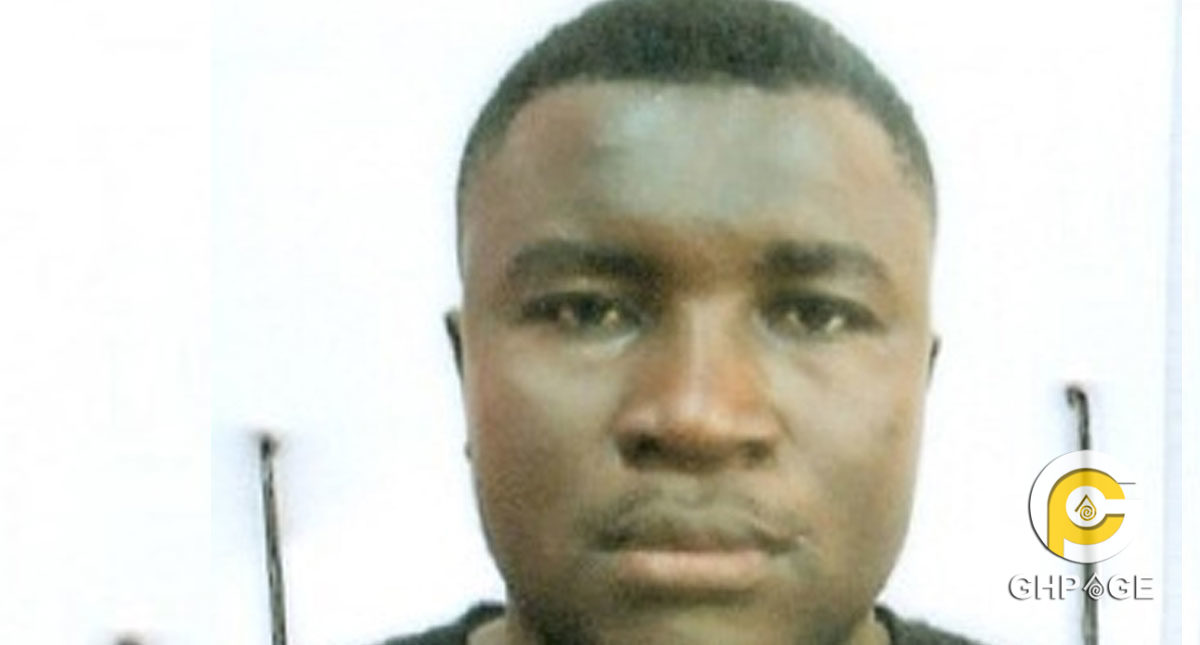 He was apprehended by Akosombo divisional police  near the Atimpoku bridge whilst fleeing to the Volta region in a black Golf car with registration number GW 5972 – 18.

Ghpage.com has sighted the very first video of Eric Kojo Duah being interrogated in police custody after his arrest. In the video the suspect was heard saying he was scared that was why he didn’t come forward on his own volition whilst the police whisked him away for further interrogation.

The police noted that Eric used plaster on his face as a means of disguise, hence the police’s inability to recognize him.

According to Eric, he went into hiding at his Grandmother’s house where he avoided being apprehended by the police. When probed where he was going to when he was arrested, Eric refused to answer. The video captures all the details of his arrest and how he manoeuvred the police up until his arrest today.

Ghana Police has released an official statement confirming his apprehension. 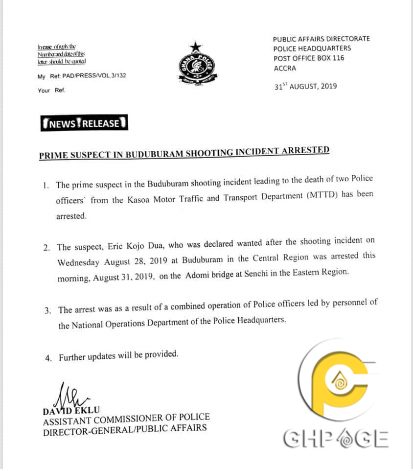 So far, four suspects have been arrested in connection with the brutal killing of the two uniformed police they include; Ibrahim Zakaria, Issac Amissah, Dominic Commey and the prime suspect Eric Kojo Duah.

Keep visiting this portal as we bring you prompt updates as the story unravels.