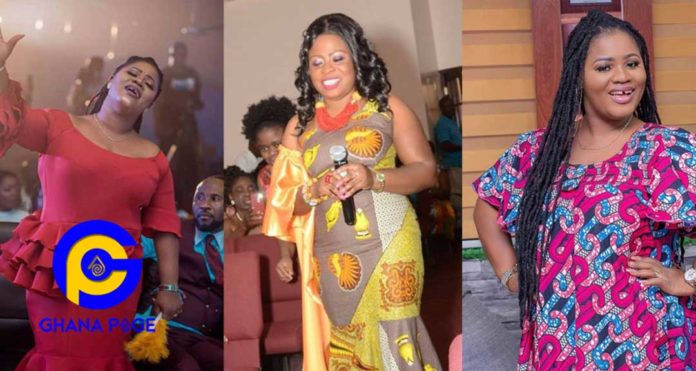 Esaaba Haizel in her own understanding revealed that the burden that Obaapa Christy stated in her song that has been lifted by God is her ex-husband no other thing or person.

SEE ALSO: ‘I’m ready to date every man that comes my way in 2019’ – Princess Shyngle reveals

Angered by these statements, Obaapa Christy stormed the message inbox of Esaaba Haizel and unleashed her anger on her colleague musician by describing her comments as nonsense and warned her to stop acting like holier than thou.

SEE ALSO: Hustle hard to get here, Shatta Wale said as he flaunts his and Michy bedrooms on social media

The attacks which came from the management of Obaapa Christy warned her to mind her own business and know that she is not on holy as she wants the world to believe.

Interestingly, it’s not only Esaaba Haizel who has made the allegation that Obaapa Christ recorded “W’asue Me” as a diss song for her ex-husband, Pastor Love, but it’s an allegation which has been repeated several times on social media by people close to both Obaapa Christy and Pastor.

SEE ALSO: “You are a fool if you get married immediately after National Service” -Counselor Lutterodt